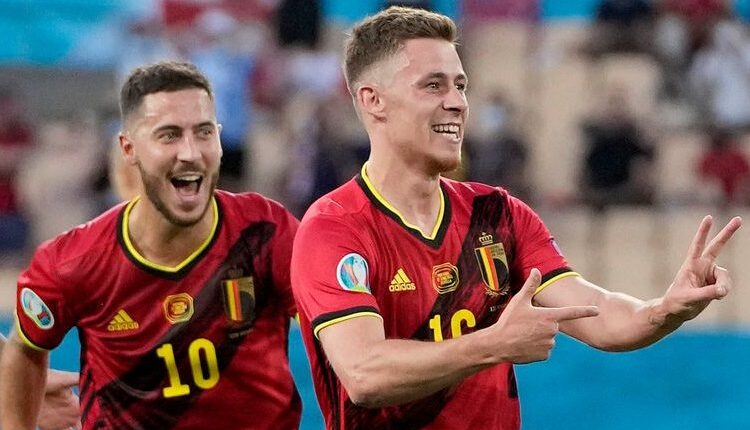 Euro 2020: Belgium set up Italy quarter-final after edging past Portugal

A moment of class from Thorgan Hazard proved enough to knock out holders Portugal as Belgium continued their pursuit of a first major title by reaching the quarter-finals of Euro 2020.

The Borussia Dortmund winger’s swerving drive from 25 yards arrived late in a cagey first-half and proved enough for Roberto Martinez’s side to set up a mouth-watering meeting with Italy on Friday.

Portugal – who again only introduced Manchester United’s Bruno Fernandes from the bench – will look back on key Diogo Jota chances, a Ruben Dias header that was saved and a late Raphael Guerreiro drive that struck the post.

Kevin De Bruyne’s fitness may dominate headlines in the build-up to the Italy showdown in Munich after he limped off moments after half-time, and Belgium also lost Eden Hazard to a complaint late on.

The world’s highest-ranked side may have key holes to fill but again they have showed they possess the grit to complement their undoubted quality.