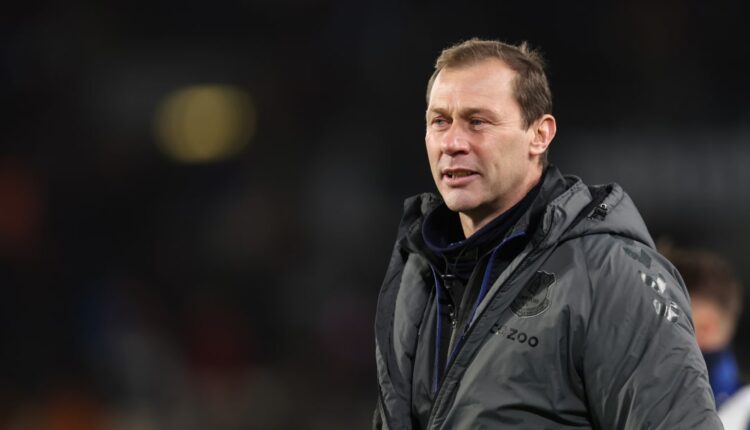 Everton have confirmed that Duncan Ferguson as their caretaker manager following the dismissal of Rafa Benitez on Sunday.

The club sacked Benitez after a horrific run of form which saw the Toffees drop down to 16th in the Premier League table. 90min reported before his official dismissal of their desire to hand the job temporarily back to Ferguson.

“Duncan Ferguson has been appointed as Everton caretaker manager for the Club’s upcoming games.

“The Blues legend took charge of training at USM Finch Farm on Tuesday morning as the squad began its preparations for the visit of Aston Villa to Goodison Park on Saturday (12.30pm GMT).

“Ferguson will be supported in his caretaker position by John Ebbrell and Leighton Baines, along with Goalkeeping Coach Alan Kelly.

“It is the second time Ferguson has taken caretaker charge at the Club, having guided the Blues to five points from three league games against Chelsea, Manchester United and Arsenal in December 2019.

“An announcement on a permanent managerial appointment will be made in due course.”

As 90min reported earlier on Tuesday, Ferguson wants to be considered by the club for the full-time managerial role. We understand the squad are also pushing for him to be given the job on a permanent basis.

He is not the only manager Everton are considering however. 90min understand that Wayne Rooney, Graham Potter and Roberto Martinez are also on the club’s shortlist.