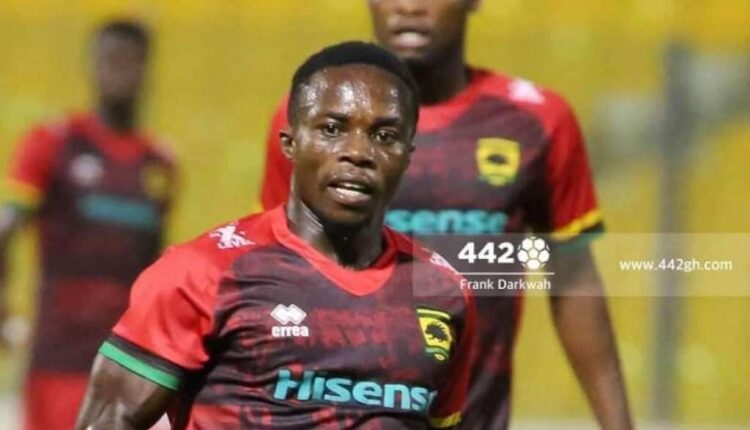 Okrah was not offered a new deal after the expiration of his contract with the Porcupine Warriors.

He featured in seventeen league games for Kotoko last season where he was able to score once and provided three assists.

The diminutive winger will leave the shores of Ghana for Ethiopia in few days to have his medical with the struggling Ethiopian club who are on the lookout for a dangerous utility player who has got eyes for goals.

Okrah, who has previously played for Liberty Professionals, Swedish club BK Hacken, Al-Merrikh and Al-Hilal club of Sudan is said to have agreed to all personal terms with the club and will be given a one-year performance-based contract with an option to extend after the 2021/22 league season.

Reports say the Tigers who are yet to win the BetKing Ethiopian Premier League have set sights to win the domestic top gong and secure a spot in the CAF Champions League, thus making them to sign top players with rich experience on the African football terrain.

Okrah, 28, will join his fellow countryman Yakubu Mohammed, who has joined Sidama ahead of the new season.