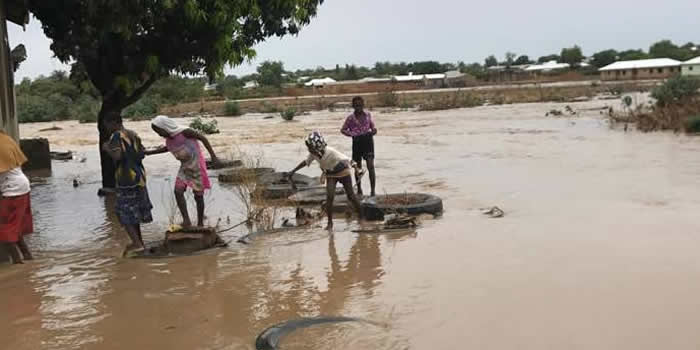 Greater Accra, Central, and Western regions will experience another downpour tonight (26 May 2022), the Ghana Meteorological Agency (GMet) has warned persons living in these areas.

According to the agency, Cape Coast, Accra, Akyem Oda, Ho, and Takoradi, among others, will experience significant rainfall, adding that thunderstorms will accompany the rain.

Consequently, they have advised residents within the listed places to take precautions to avert any disaster.

The agency explained that the peak of the rainy season is approaching.

Even before June, which is noted for heavy rains, Accra has recorded two flooding incidents in four days.

Following hours of rain, parts of Accra and other urban centres in the Greater Accra Region, including North Kaneshie, Kwame Nkrumah Circle Interchange, and Kasoa in the Central Region, were flooded.

The phenomenon obstructed traffic flow on some major roads in the capital.

Traders counted heavy losses after their shops were filled with floodwaters which destroyed their products.

Meanwhile, President Akufo-Addo has ordered the removal of structures along waterways.

After several hours of rain and flooding around the Kwame Nkrumah Interchange enclave, a fire explosion occurred.

A resident explained that the deceased was trying to salvage some items when he was electrocuted during the flooding.

The channel under the scope starts from the Odaw Onyasia confluence at Caprice in Accra, through Avenor, Kwame Nkrumah Interchange, and the Agbogbloshie-South Kaneshie drain (the Upper and Lower Lagoon).

Other causes of floods are the improper planning of settlement in Accra, choked gutters that block the drainage system, and other human factors.