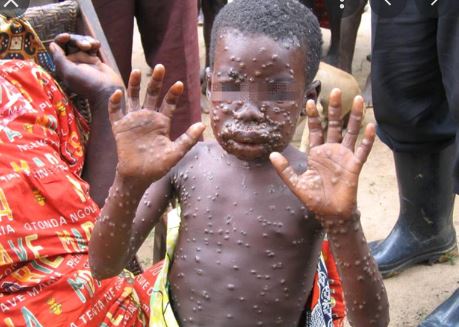 Ghana recorded its first 5 cases of monkeypox in three different regions in June 2022.

Monkeypox is a viral infection that was first identified in monkeys used for research in 1958. However, monkeys are not major carriers of the disease; rodents, like rats and squirrels, are also carriers.

More than 770 cases of monkeypox have been confirmed across 30 countries outside of Africa.

According to Global Health, a group that gathers infectious disease data, the United States has identified 19 cases across 10 states, and more than 20 European countries have reported cases.

The highest recorded cases are in England, which has around 200 confirmed infections. Spain’s tally is above 150, and Portugal has nearly 140 cases, as of 7 June 2022. In Africa, the Nigerian government has banned the sale of bushmeat as a precaution to stop the spread of monkeypox as the country’s Centre for Disease Control confirmed 21 cases, with one reported death.

According to the World Health Organisation (WHO), there’s a recent spike in cases as over 100 infections have been confirmed (or suspected) in Europe and some other countries.

The organization expects more cases of monkeypox to emerge globally as it records 237 confirmed and 50 suspected cases around the world. As discussion on the infection and its preventive measures gain momentum in Ghana, The Ghana Report brings you eight major things that you should know about the disease.

1. It is caused by a smallpox-like virus

Monkeypox is caused by a virus of the same name closely related to smallpox, which has now been eradicated from the planet.

Both are members of the Orthopoxvirus genus in the family Poxviridae. Monkeypox was first discovered in 1958 when outbreaks of a disease-causing pox were discovered in monkeys held in captivity for research.

It was first seen in humans in 1970 in the Democratic Republic of the Congo (DRC), and it is now endemic in Central and West Africa.

2. It causes boils all over the body

Symptoms normally appear between five and 13 days after infection, although it can take up to 21 days for them to appear. Early symptoms include fever, headache, muscle ache, backache, swollen lymph nodes, chills, and exhaustion.

Once the fever has appeared, a rash tends to erupt, concentrated on the face, hands, and feet before spreading to other areas of the body. It can spread to the inside of the mouth, the genitals, and the cornea.

The rash progresses until it forms a scab which falls off, and in some cases, large sections of skin can drop off the body.

Although symptoms often ease within a month, one in 10 cases can be fatal. Given that rashes are seen in many other diseases such as chickenpox and measles, WHO recommends diagnosis when identification is necessary.

This has to be with Polymerase Chain Reaction (PCR) testing.

They say because orthopoxviruses produce antigens and trigger antibodies that could look like other related viruses; thus analyses of these cannot pinpoint that the virus is monkeypox.

The virus generally spreads to people from infected wild animals such as rodents and primates, but human-to-human transmission can also occur.

Similar to viruses like Ebola, transmission only happens in close proximity by contact with lesions, body fluids, respiratory droplets, or contaminated materials such as bedding or clothes.

5. There’s currently no cure, but we have a (very old) vaccine

There is no specific treatment recommended for monkeypox by WHO, but there are antivirals licensed to combat orthopoxviruses, such as tecovirimat.

The smallpox vaccine was key to eradicating smallpox decades ago, and this vaccine can be highly effective – 85% – in preventing monkeypox.

However, the original first-generation smallpox vaccines are no longer available to the general public. A newer vaccinia-based vaccine was approved for the prevention of smallpox and monkeypox in 2019, but it is also not yet widely available.

6. No vaccine in Ghana

Case counts of monkeypox continue to grow worldwide, raising concerns about how people can protect themselves. Well, there is a vaccine manufactured by the Danish company Bavarian Nordic and named Jynneos.

It uses a live version of the smallpox virus that has been engineered so that it cannot replicate in the body or cause infection but can still activate the immune system to mount defences against both smallpox and monkeypox viruses to protect people from getting infected.

Two doses of the vaccine, given 28 days apart, are 85% effective in protecting people from getting monkeypox. Jynneos was approved by the U.S. Food and Drug Administration (FDA) in 2019.

Unfortunately, there are currently no vaccines for monkeypox in Ghana, according to the Ghana Health Service (GHS).

7. How can it be prevented

On the mortality rate of monkeypox, Dr. Michael Owusu, a virologist at the Kumasi Centre for Collaborative Research, said monkeypox is not as high as Covid -19, which has a 10 per cent mortality rate.

According to the World Health Organisation, persons younger than 40 to 50 years of age (depending on the country) may be more susceptible to monkeypox.

According to WHO, there are currently 237 confirmed and 50 suspected cases of monkeypox around the world.