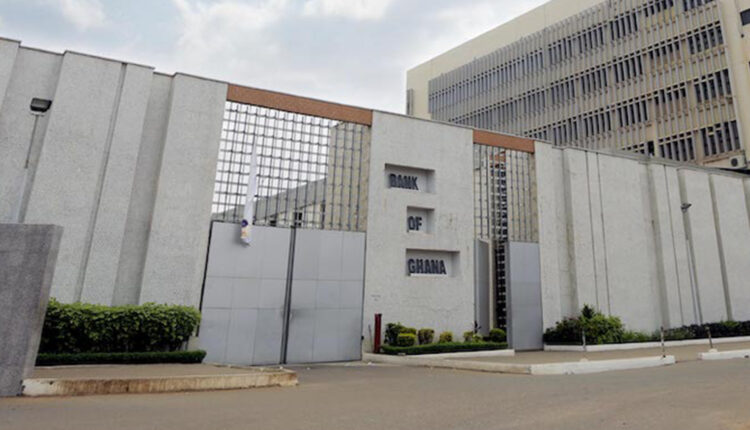 The Bank of Ghana (BoG) has urged exporters to embrace the Letter of Commitment (LoC) to repatriate export proceeds into the country to boost economic growth and development.

Mr Eric Kweku Hammond, the Deputy Director and Head of Foreign Banking Operations, Bank of Ghana, said such a move would ensure that their trade was in line with the laid down regulations and laws as well as boost the country’s foreign exchange reserves and contribute to the growth of the local economy.

He was speaking at a sensitization forum organised by the Bank of Ghana and the Ghana Shippers Authority for non-traditional product exporters in Bolgatanga in the Upper East Region on the implementation of the LoC.

The LoC, introduced by the Bank of Ghana in 2016, is an export document that is generated from the Integrated Customs Management System (ICUMS) to guide exporters in exporting their products and ensure that the Bank of Ghana properly monitors the repatriation of export proceeds into the country.

This gives the exporters a chance to repatriate their export proceeds within 60 days after the exportation of their products.

Despite the existence of the Foreign Exchange Act of 2006, Act 723, Mr Hammond explained, the country was still losing huge sums of money annually as a result of the failure of exporters to repatriate their export proceeds as required.

“Every country generates foreign exchange from the export of merchandise commodities, and that is what the country uses to build up its reserves, pay for the imports and ensure other development activities of the country.

“So, if the exporters export and they do not repatriate, they deny the country of so much foreign exchange earnings that play a critical role in the transformation of the socioeconomic development of the country,” he said.

The Deputy Director said the non-repatriation of export proceeds was an economic crime and in contravention of national laws, punishable by both imprisonment and fine and, therefore, encouraged the exporters to use the LoC to enable them to repatriate their proceeds as required by law.

“The LoC has come to stay, and we are encouraging all exporters to embrace it because it is the only way that the Central Bank of Ghana, together with other stakeholders, monitor exports and ensure their repatriation.”

Mr Isaac Tersiah Ackwerh, the Branch Manager in charge of Ashanti, Northern, Upper East and Upper West Regions, Ghana Shippers Authority (GSA), noted that non-traditional exports had increased by 17 per cent from 2020 to 2021 and grew on average by seven per cent in the last five years, contributing significantly to the country’s growth.

He said the sensitisation was to empower exporters of non-traditional products to use the LoC to enhance their trade and help boost the growth of the economy through the repatriation of their proceeds.

“The exchange rate is worsening partly because people export products from Ghana, and the monies do not come back meanwhile, these monies are expected to help shore up foreign exchange into the country and boost our cedi,” he added.

Mr David Aniah, Founder of Skyway Enterprise, a basket exporting organisation, called for more education on the implementation of the LoC to encourage more exporters to embrace it for the growth of the economy.