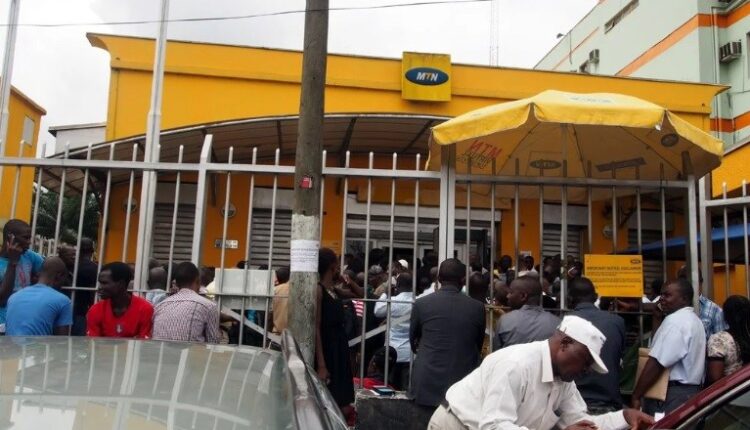 Extend SIM registration to end of year – CUTS to Gov’t

A public policy think tank, CUTS International, has urged the Ministry of Communications and Digitalisation to extend the SIM registration exercise to the end of the year.

At a presser in Accra on Monday, 25 July, the West African Regional Director for CUTS International, Appiah Kusi Adomako, said this is to allow the wider population who have genuine challenges in obtaining their Ghana Card from the National Identification Authority (NIA), to be given enough time to resolve the issues and register their SIMs.

“We understand the rationale behind the mandatory SIM card registration and the implication of unregistered SIM cards on crime prevention and detection as well as on government domestic revenue mobilization measures, extending the deadline to the end of the year would ensure that those who have not registered would be able to do so.

“Again, we are also not unmindful that not everyone would get registered should it be extended to the end of the year but those who would take advantage of the extension to register would outnumber those who would not register.

“As a consumer protection organization, we have received numerous concerns from consumers about the difficulty they go through in acquiring the Ghana Card to enable them to register their SIM cards,” he explained.

Mr Adomako indicated that the concerns date back to the mass registration exercise in 2019 — applicants still haven’t received their cards.

“Others have misplaced their cards, whilst others have errors in the spelling of their names, first-time registrants among others. Some people have had to abandon their work, wake up at dawn to join long queue at the NIA registration offices but are unsuccessful,” he added.

He further revealed that telcos risk losing huge volumes of revenue from their customers should the deadline not be extended.

Some have taken microloans from mobile operators and disabling their SIM cards would create a substantial loss for the industry players.

“Government on the other hand also risk losing a huge amount of revenue from electronic transactions (e-levy) from customers should the deadline stay as it is,” he added.

He suggested that an alternative approach would be for the Ministry of Communications to adopt phased limitations on SIM cards starting from 1 September 2022.

This could include limiting the amount of mobile money that an unregistered SIM can send and or receive to a maximum of GHC 100.00 per day and maximum internet bundle to say 100MB per day. Doing this would compel those who have their cards and are reluctant to go and register.

Meanwhile, a release from the NIA indicated that about 800,000 Ghanaians are yet to receive or pick up their printed cards as of 21 July 2022.

Also, the Ministry of Communications and Digitalisation has revealed that over 14 million people have merged their Ghana Card with their SIM cards.

She stressed that there will be no extension after the 31 July deadline. The SIM registration exercise began on 1 October 2021 and was expected to end on 31 March 2022 but was later extended to 31 July 2022.