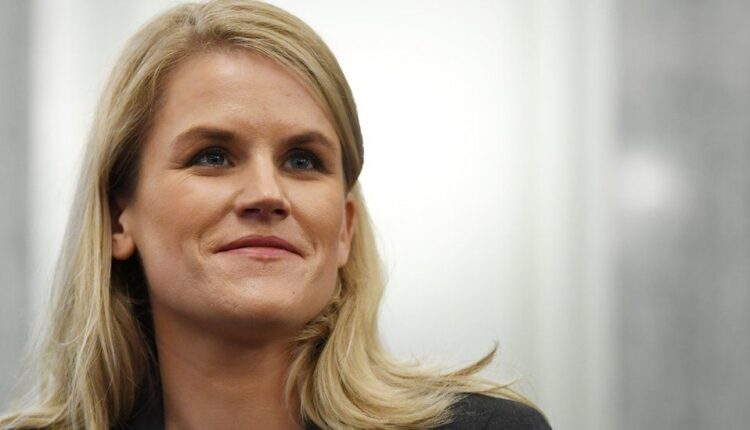 Ms Haugen is before the committee fine-tuning the UK’s proposed Online Safety Bill, which will put new rules in place for big social networks.

It comes as several news outlets published fresh stories based on her thousands of leaked documents.

Ms Haugen left Facebook earlier this year, but took thousands of documents when she did so, providing them to the Wall Street Journal.

That paper then ran a series of articles which Facebook considered to be negative – and, it contends, mischaracterised the source material.

But the allegations – that Facebook knew that Instagram was damaging to teenagers’ mental health, for example – led to her being invited to testify to politicians and regulators around the world.

I’m looking forward to discussing the Online Safety Bill with the @OnlineSafetyCom in @UKParliament tomorrow 🇬🇧
Tune in ⬇️https://t.co/AeUcWb0lc3

Her appearance in London comes at a crucial time in the debate about tech regulation, as the Online Safety Committee considers additions and tweaks to the proposed new rules.

Proposed additions include whether online abuse of women and girls should become a legal offence.

The chair of the committee, MP Damian Collins, said it “will establish a new era of regulation for tech platforms which will make them accountable”.