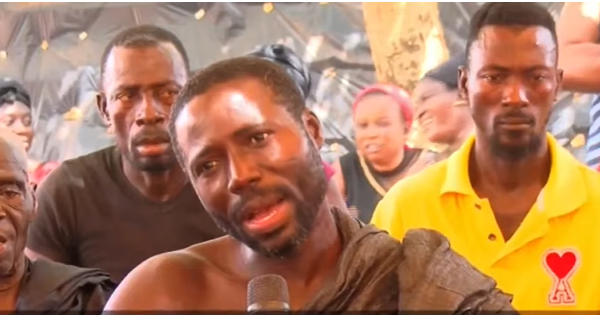 The family of a nursing mother who was killed by a stray bullet at Manso Datano in the Ashanti Region wants justice for the loss of their loved one.

They want the government to institute measures to end brutalities against unarmed civilians by security agencies in the country.

The 25-year-old nursing mother, Felicia Dankwa, was reportedly attacked by soldiers during the funeral of a colleague who had died in an illegal mining pit three months ago.

In an attempt to disperse the crowd, one of the officers fired shots in the air, but an accidental shot deflected and hit the nursing mother and her baby.

The baby girl survived after sustaining a gunshot wound to the left palm.

A resident and friend of the deceased mother who has been left in despair recounted how helpless she felt staring into the eyes of her dying friend.

“There were three of us standing at a spot when the soldiers arrived. One of them asked, ‘are you the ones fooling here?’ But before we could even respond, they removed a cane and started whipping us. After that, one pulled his gun and shot into the air. Unfortunately, the bullet hit the ground and deflected and hit my friend.

“When we checked, we realised the stray bullet had hit her. All she could say was, ‘Akua hold me, Akua hold me, I am dying,” the friend called Akua recounted. 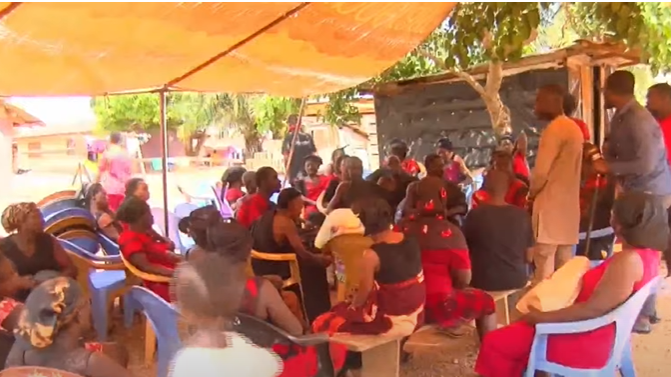 Some sympathisers who had gathered to condole with the family also wanted the withdrawal of the military from the area.

“We don’t want any soldiers in the area. We are bereaved and angry. The actions of the soldiers are uncalled for. If this had happened in the past, we would have dealt with them in the traditional way. But that is not the case now, so we want the government to put in appropriate measures to stop all these brutalities,” a resident said.

Meanwhile, a delegation from the Amansie South District Security Council led by the District Chief Executive Clement Opoku has since visited the family to commiserate with them.

“As I sit here, I am overwhelmed. The mother and father are both dead. But the DCE has assured us they will pursue the case and ensure justice is served. He also assured us that they would ascertain the cause of her death,” Richmond Gyamfi, the local chief of the area, revealed in a Joynews interview monitored by theghanareport.com.

The family will soon commence funeral plans when an autopsy has been conducted, and further investigations have been carried out.