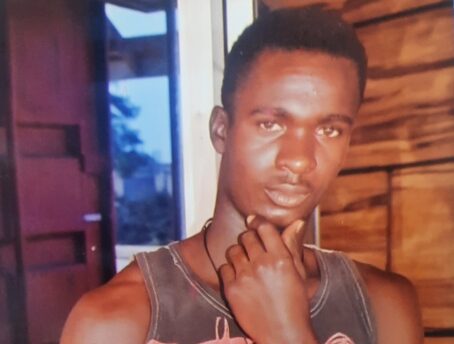 The family of a 28-year-old trader who died in police custody has proceeded to court to seek justice for their deceased family member.

An uncle to the deceased. Rev Dr Mathias Sarkodie revealed that the application is currently before the Accra High Court.

The death of Albert Donkor was brought into the limelight by the MP for Nkoranza South, Emmanuel Kwadwo Agyekum.

The legislator and members of his constituency are also demanding justice for the man who is said to have died in police custody sometime in April.

The Nkoranza South legislator, condemning the actions and inactions of the police in a statement, said Albert was denied access to legal representation and his family members.

“This is indeed an epidemic of injustice. The people of Nkoranza cannot stay silent when innocent Albert Donkor has been targeted and killed. Given the near-instantaneous ability to arrest suspected criminals, the responsibility to accurately and lawfully arrest takes on an unprecedented importance.

“The speculative and often uninformed initial reporting that characterises eyewitnesses appears to be rapidly becoming the standard of the Ghana Police Service. What is the justification for arresting a civilian at his residence and subjecting him to torture, causing his death, and not that the death occurred as a result of a gun battle at the crime scene?

“The rambling explanation given by the police that the victim was shot by the robbers when the victim led the police to arrest the other suspects at a ghetto is untenable and cannot be accepted by the people of Nkoranza South as the same excuse was given in the bullion van robbery case at Ashaiman,” he said.

He tasked the police to let the people of Nkoranza know the competent court that sanctioned the killing of Albert Donkor.

Mr Agyekum further called on the President, Ministers of State, colleague MPs, human rights organisations, and the clergy to add their voice to this clarion call to demand justice for Albert Donkor.