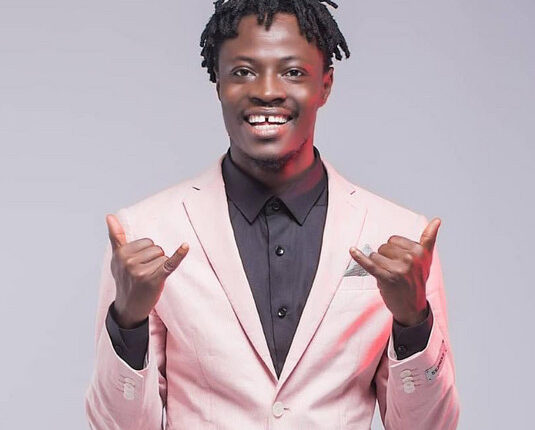 As part of activities lined up to celebrate his 10 years on the music scene, Fancy Gadam will hold a musical concert at the Aliu Mahama Sports Stadium on October 22, 2022. 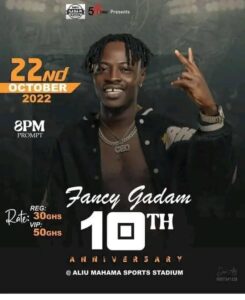 The concert is being organised by the artiste to celebrate his achievement on the music scene, entertain his fans and also to thank them for supporting him throughout his music career.

The Tamale-based musician, who is credited with a number of hit songs, said: “The concert would be one of the biggest ever to be held in the country, and the target is to fill up the stadium to the rafters.”

As one of the most sought-after performers from the Northern Region, Fancy Gadam will be performing to over twenty thousand music lovers at the anniversary concert.

He is expected to entertain music fans with his popular dancehall songs such as ‘Turn Up’, ‘Concrete’, ‘Bie Gya’, ‘Naayo Koomi’, ‘We Dey Collect’, ‘Naawuni Yiko’, among others.

Speaking in an interview ahead of the concert, he said, “My dream was to become one of the biggest music stars from the north, and so far the dream is on course, and I would like to say a big thank you to all my fans.”

He has also appeared on many musical concerts held in the country and performed with music stars like Sarkodie, Stonebwoy, Shatta Wale, Samini, among others.

Fancy Gadam has had collaborations with popular musicians like Sarkodie, Mr Eazi, Patoranking, among others, and popularly referred to as the ‘King of the North’ in the music industry.