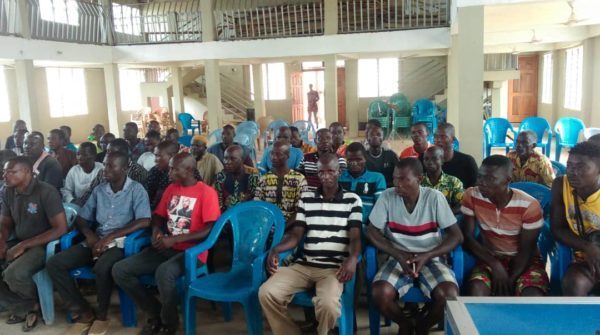 Farmers call for extension of timeline to move their cattle

The Kwahu Afram plains Cattle Farmers Association (KAPCFA) is calling for a possible extension of a five-day ultimatum given by government for cattle farmers to move their cattle into the folder bank.

Speaking to The Ghana Report on the issue, General Secretary of the association, Besah Amevor stressed the need for more time to enable the farmers move their herd into the folder bank.

“The five-day ultimatum is too short, looking at the number of farmers that we have currently, we will not be able to beat the deadline, they should at least extend it to two months,” he reiterated.

Mr. Amevor explained the association had presented a total of eighty-three (83) cattle for the pilot project of the folder bank but days later the whereabouts of the cattle could not traced by managers of the folder bank.

“The only explanation given by managers was that part of those 75 untraceable cattle are either dead or missing and some have been used in preparing of food to feed students in government’s School feeding Program,” he expressed worriedly.

Mr. Amevor Besah also raised concerns about a monthly charge of GH₵ 7 cedis taken from farmers as part of their contribution in maintaining the facility.

“Each farmer is made to pay GH 7 cedis per head so assuming a farmer has 500 cattle, and has to multiply the amount by the number of cattle each farmer he or she has. How can the farmer afford to pay such an amount,” he lamented bitterly.

He indicated the current location sighted for the project can only cater for ten thousand cattle while the association has record of more than seventy thousand cattle.

He said, “This is going to cause overcrowding in the banks which would not help the health condition of the animals”.

The General secretary is therefore calling for a possible extension of the five-day ultimatum and a dialogue between all stakeholders in finding a lasting and peaceful solution in respect of these cattle grazing and folder bank issues in the district.