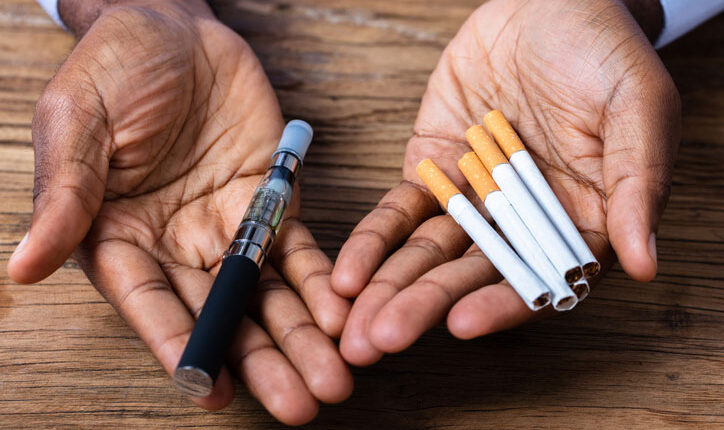 The Food and Drugs Authority (FDA) is liaising with the Ministry of Communications and Digitalisation to regulate the advertisement of tobacco and its associated products as part of measures to control its increasing use among the youth.

“Though measures have been taken over the years to curb the publicity of tobacco and tobacco products, it has been discovered that publicity is growing more on social media where most of the youth have come into contact with some of the tobacco products, hence the need to collaborate with the ministry to bring the situation under control”.

A Senior Regulatory Officer from the Tobacco and Substance Abuse Department of the FDA, Ms Mavis Danso, disclosed this in an interview with the Daily Graphic in Koforidua on the sidelines of a stakeholder engagement on the use of tobacco among the youth.

Ms Danso, in a presentation on the 2017 Ghana Youth Tobacco Survey, described the intake of tobacco and its consequent deaths among the youth as very alarming following a survey conducted on the prevalence of tobacco use.

She, therefore, called for an extensive education campaign on the hazards of tobacco to help curb the worrying trend on the use of tobacco across the country.

“There is no safe form of tobacco product; whether sniffed or inhaled,it has the same consequences. It affects your lungs; it affects your eyes and your entire body”, she said.

“It is one of the risk factors for non-communicable diseases such as cancers. It affects even unborn babies in the mother’s womb”, Ms Danso stated.

The survey reported that an estimated “807,600” people smoked cigarettes and other tobacco products in Ghana, a figure Ms Danso feared could soar in the near future and put many lives at risk.

However, on the use of shisha and smokeless tobacco, girls dominated the chart as “5.4 per cent of girls” compared to the “4.7 per cent of boys” used shisha.

Again, the report suggested that “3.7 per cent of girls used smokeless tobacco” compared to the boys who stood at “2.5 per cent”.

Ms Danso noted that though many girls preferred shisha to cigarettes due to the former’s appealing fragrance, it has a far higher consequence as an hour session of shisha is equivalent to between 100 and 200 sticks of cigarette, hence, could damage the human system faster.

The Eastern Regional Director of the FDA, Mr Samuel Kwakye told the Daily Graphic that there had been a knowledge gap on the control of tobacco usage, hence the importance of the stakeholder engagement to rope in all agencies and authorities to help curb the menace.