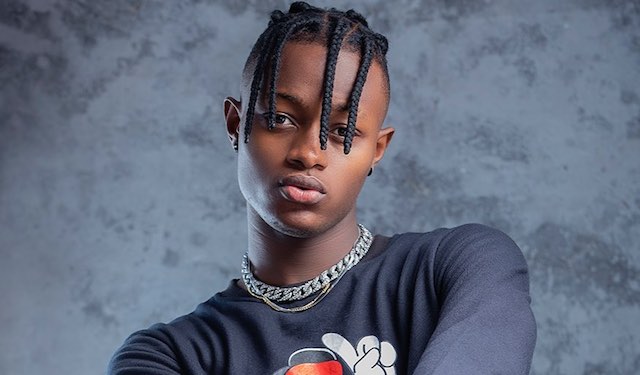 FAST-rising Ghana-based-Cameroonian artiste Cool Boi is happy young artistes are riding the waves with hit songs, but he is also worried the same waves will quickly wash them away and even fade into oblivion.

The Lalala singer is, therefore, cautioning artistes currently in the “good books” of music lovers to remember they are not indispensable because the top spot is not the reserve of anyone.

“I’m no prophet of doom; my thinking is far from that. All I am saying is that they should have it at the back of their minds so they are not taken by surprise or found wanting when the obvious happens.

“I have been in Ghana long enough to know that the system quickly breeds new kings who push the old ones out of the industry.

“This is evident in the stories of older artistes who are always complaining about poor support,” he said.

In a chat with Graphic Showbiz, Cool Boi said even though he isn’t a hitmaker, he was in a good position to comment on such happenings.

“It will be very unfair for anyone to think that my comments stem from envy for my colleagues who are at the peak now.

“Never! I think that the industry is big enough to accommodate everyone, but perhaps, this will stoke important discussions about the subject”, he added

“Kuami Eugene, KiDI, Black Sherif, Kelvyn Boy, are very young like myself with many productive years ahead.

“But we have a system that pushes for new set of artistes to take over after a period of time. That is where the danger is.

“Isn’t it interesting that just about two years ago, the news was mostly about the likes of Sarkodie, Stonebwoy and Shatta Wale, but is it the same today?

“In the last year, I can’t readily recall any song from these artistes that has gone viral like Touch It or any of Black Sherif’s songs. But it was a different story some months ago.

“This shows that there is no permanent space in this industry since every artiste is easily replaceable.

‘For this cause, young artistes should fear the future and work out how to make the best out of a situation when the light dims,” he said.

“Maybe, young artistes, including myself, are not paying attention to this. But I know that if it is not well handled, it can cause depression for some of us.

“That is the fear I’m talking about. Now that the applause is loud, how will it be when it goes down?” he queried.

Cool Boi, whose real name is Mbah Amstrong, has been doing music in Ghana for a good number of years now and has worked with a number of Ghanaian artistes including Kofi Kinaata and Kelvyn Boy.

He first caught attention on the Ghanaian music scene with Lalala in 2016, which he had a remix with Kelvyn Boy last year.

His song, Halleluyah, featuring Kofi Kinaata is doing quite well on YouTube with over 110,000 views since its release in 2021.

Last month, Cool Boi released Number One featuring Mr Drew. Despite riding on the backs of renowned artistes to push his works, the Party artiste mentioned that featuring big names is no guarantee for a hit.

“Getting a big name on your song doesn’t make it a hit. It looks as if that is how new artistes want to get their songs out there but it doesn’t always work like that,” he mentioned.