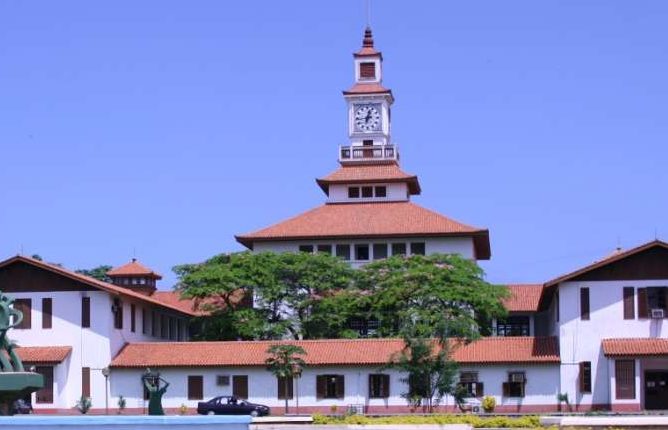 As one awaited the dawn of this millennium, I recall the numerous unsolicited promises that suddenly invaded our space. The year 2000 and beyond perhaps seemed too far away in our ears and so politicians and other leaders used it to stagnate their social promises.

Nonetheless, one public institution that seems to have fully kept tracking its promise for 2020 is the premier university, University of Ghana (UG). Last week, at the congregation of the College of Humanities and Undergraduates, the Vice-Chancellor (VC) of the University, Professor Ebenezer Oduro Owusu told us that UG has over-achieved its 2020 target for enrolment.

As reported by the Daily Graphic of November 16, 2019, the VC announced at this year’s congregation that for the 2019-2020 academic year, the University not only achieved its promise of female-male enrolment ratio of 50:50 by the year 2020. It even overshot its own target achieving 51:49 female-male ratio. Supporting his claim with statistics, the VC said that out of an enrolment of 18,212, 9,288 were female while 8,924 were males.

The news definitely gives hope seeing it is the first time this feat has been achieved in the long history of the University and certainly not in any of our public universities. It certainly calls for rejoicing because it goes to show that our country is gradually gearing towards the active inclusion of females in our future and preparing the country for a future parity.

With the female population being in the majority at the national level, as institutions of higher learning give opportunities to more women to acquire knowledge, skills and leadership empowerment, the better it would be for the development of families, communities and the country at large.

In a chat with a prominent female educationist, Professor Florence Abena Dolphyne, the first female Pro Vice-Chancellor of UG, she could not hide her joy. She said this was a good sign not only for the University but for the nation as well.  She shared with me how at her enrolment at UG in 1958, they were just about 40 or fewer females compared to over 1,000 males. With no dedicated hall of residence for females, they were housed at the Commonwealth Hall until Volta Hall; the only all-female hall was later constructed.

A couple of decades later when some of us entered the University of Ghana, the story on enrolment ratio was not too different. In my time in the 70s for example, out of the total enrolment figure of around 3,000, only about 300 to 400 of us were females. I am basing my figure on the space we occupied at the Volta Hall Annex plus a very small number who were housed in Mensa Sarbah Hall.

Fast forward from the 1970s to the millennium, the ratio is reported to have jumped to 60:40 male and female enrolments. With the determination to achieve the target it had set for itself, the University’s 2018/2019 academic year enrolment confirmed their resolve.  In that year, they inched closer to their target, achieving a ratio of 51:49 for male and female. One year on, in 2019/2020 academic year, the ratio has not only been reversed the target has been exceeded.

One is of the hope that the University would not go back on its own record but continue in the positive trajectory set for the 2019-2020 academic year enrolment. They have set the bar for other universities, particularly the public ones, to follow.

Hopefully, our centres of excellence, including the Polytechnics would actively focus on pushing female enrolment. In so doing, they would be preparing our nation for a new era where we would have a lot more women in government, public and private sectors, all for the betterment of Ghana. Do we need any promises of female dominance in public and private sectors by the year 2030 and beyond?  The writing is already on the wall.