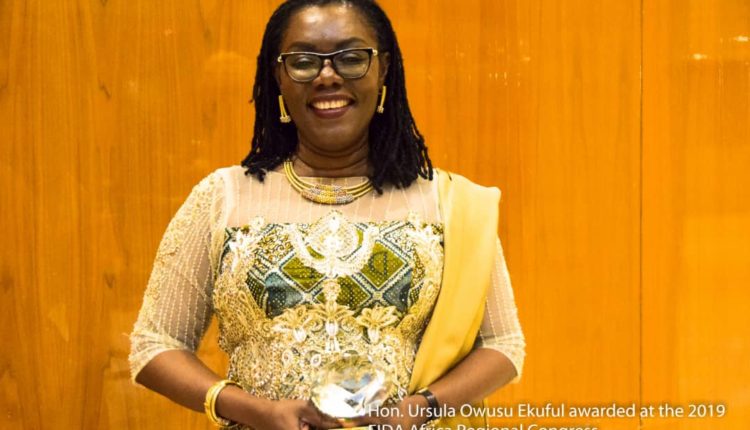 Communications Minister, Ursula Owusu-Ekuful has been awarded by the International Federation of Women Lawyers (FIDA) for her tremendous work in the protection of women and children rights.

The Minister was also noted for her work in empowering women in the country and fighting for the rights of marginalized women and children in Ghana.

According to FIDA, Mrs. Owusu-Ekuful has done extremely well in advancing the cause of women, hence the need to applaud her for her immense contribution.

Receiving the award, the sector Minister expressed her appreciation to FIDA for recognizing her little input in empowering women and pledged to do more to improve upon the lives of women and children in the country.

“‘It’s a great privilege for my modest efforts in empowering women and children to be recognised and rewarded by FIDA Africa. I’m deeply humbled and elated. This award will encourage me to do even more, both locally and internationally for voiceless, vulnerable and excluded men and women. I really appreciate it, ” she said.

The International Federation of Women Lawyers (FIDA) is a Non-Governmental, Non-Profit Organization of women lawyers which was formed in 1964.