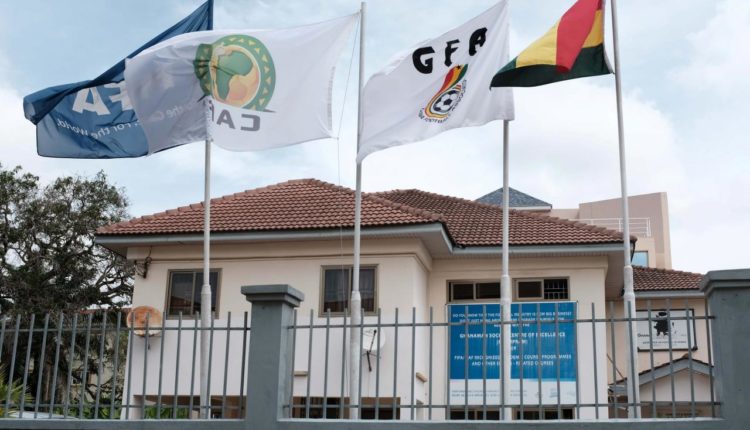 Members of the Ghana FA congress seeking to make large amendments to the statutes of the federation have suffered a huge blow after FIFA told the members that the current laws of the GFA are adequately balanced to cater for all interests in the game.

The world governing body said the changes sought to the statutes, made just eight months ago, could adversely affect future elections and legislative matters.

But FIFA rejected the GFA’s claims that proposal to make changes to statutes is time-bound revealing that changes can be made to the laws of federations even if it is close to Congress date as long as it meets the required standards of the law.

Veron Mosengo-Omba, Chief Member Associations Officer of FIFA, ordered the GFA to postpone to a future date the processes of amending large portions of the 2019 Statutes at Tuesday’s congress.

FIFA was forced to wade into the matter after the chairman of the Brong Ahafo Regional Football Association, Ralph Gyamberah, secured the backing of more 40 members of Congress necessary to make changes to the 2019 statutes.

He wrote to the GFA Executive Council last month in furtherance of the statutes of the federation seeking over 40 changes to the statutes at Tuesday’s Congress saying it was inimical to the development of the game in the country.

While arguing that the proposed changes to the statutes was out of time, the GFA also referred the matter to FIFA for guidance before putting the matter before Congress for voting on the matter.

The world governing body ordered the GFA postpone to changes to the statutes even though FIFA insists it is not opposed to changes to laws of the federation just days before Congress.

“FIFA does not manifestly object to changes being presented shortly before holding a Congress,” portion of the letter signed by  Veron Mosengo-Omba on Friday read.

“Far-reaching changes, such as substantial modification to the GFA membership and the GFA Executive Council composition must be discussed with Fifa over several meetings and/or exchanges of correspondence,” the letter added.

Mosengo-Omba touched on the proposal to expand the GFA’s Executive Council from 11 to 18 members claiming it would affect the efficiency of decision-making while reminding members of art 81(6) requires Division One League (DOL) representation to Congress be reduced from 48-18.

The above pointed are among some of the key amendments being sought after by some stakeholders in the country who think that the 2019 Statutes does not represent the interests of the entire football family.

The response from FIFA has already sparked anger from certain quarters who argue that the world governing body has no power to dictate to the GFA or any other federation when it amends it statues.

They even believe the world governing body tricked them into accepting the 2019 Statutes which was initially rejected by Congress on the same grounds as it is being asked by now.

Ghana football is set for tricky few days ahead as Tuesday’s Congress is already subject of a court injunction by Techiman City who say the Executive Council has violated its own statutes.

The GFA is also awaiting the decision of the Court of Arbitration for Sport (CAS) over the disqualification of Wilfred Osei Kwaku ‘Palmer’ from the presidential race last year.