Government has amended its 2020 budget statement to include road projects in the Volta region following backlash from Minority MPs.

The Finance minister Ken Ofori-Atta was on the floor of Parliament Friday to read a brief statement listing roads for construction in 2020.

“It is good to be back” the minister beamed at the MPs before offering an explanation.

He said it was the Volta regional minister Dr. Archibald Letsa and Energy minister John Peter Amewu who drew his attention to the omission after his budget presentation Wednesday.

He called the omission, “inadvertent.” The minister listed three roads to be included in budget statement. 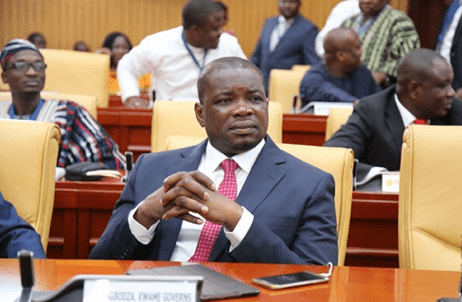 Government has been under pressure to explain the omission highlighted by the Volta regional NDC caucus who have called it a deliberate ploy.

NDC MP for Adaklu, Kwame Agbodza who is a Ranking Member on the Roads and Transport Committee of Parliament said the government is trying to pay back the Volta region which traditionally votes NDC.

Since the brouhaha, the Senior Minister Yaw Osafo Maafo has called the exclusion an error while deputy Finance minister Abena Osei Asare has said “to forgive is divine” after the NDC demanded an apology.

Joining the list of government officials to explain the fiasco, the Finance Minister said all the regional ministers were requested to list critical roads which required “immediate attention.” 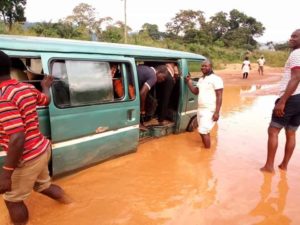 Photo: A road in the Volta region

The Volta regional minister submitted three – 45-km Asikuma-Harve road, an 83-km Hohoe-Jasikan road and 99-km Ho to Denu road. But these roads were missing in the budget statement.

He explained the inclusion of the roads would not increase 2020 appropriation because it had already been budgeted for. It is only the names that were left out mistakenly, he explained.

Seeking to allay concerns of exclusion, the Finance Minister also listed some roads programmed for 2020 captured in the budget including the dualization of the Ho main roads and construction of the Ho bypass.

Ken Ofori-Atta has called the claims of exclusion ‘a little mischievous’ and has pointed to some pages in the budget showing some road projects.

It appears Volta region was omitted from the main table of 16 regions and their respective road projects.