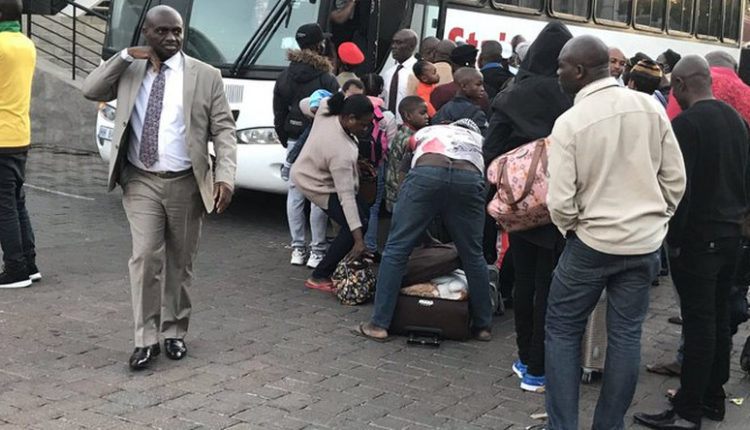 The first batch of Nigerians fleeing xenophobic violence in South Africa has arrived back in in the main city of Lagos.

The 188 people on board were the first returnees of around 600 Nigerians who have said they want to return home following a wave of anti-immigrant violence in the cities of Pretoria and Johannesburg.

Their departure from the OR Tambo International Airport in Johannesburg was delayed by eight hours.

According to the Nigerian mission in South Africa, some people were turned back because of inadequate documentation for travelling with children

Abike Dabiri-Erewa,the chairman of the Nigerians in Diaspora Commission, said a second flight will be flying to Johannesburg to fetch those that remain.

The violence has led to a cooling of diplomatic relations between Africa’s two largest economies.

Twelve people have been killed, including two foreign nationals, in the latest attacks against people and businesses in South Africa

While the Nigerian foreign ministry have said that no Nigerians have been killed, fake news online prompted outrage over the attacks in Johannesburg.