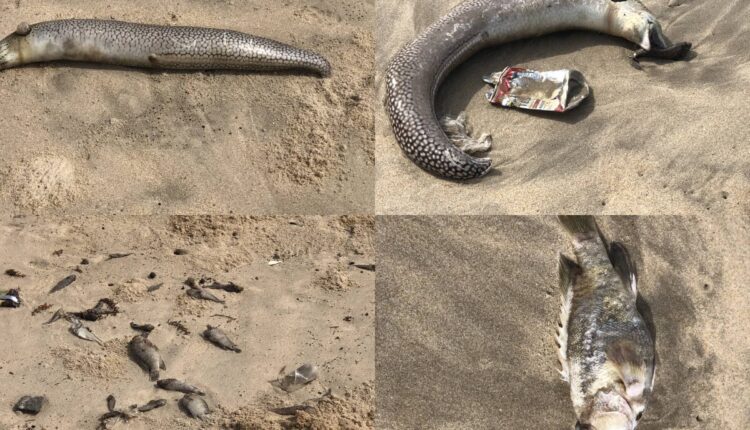 The Fisheries Commission has begun investigations into the dead fishes that washed ashore the Osu Beach during Easter.

The commission said it dispatched a team to the area and noticed that there were dead small pelagic and demersal fishes at the shore.

“We assure everyone that we are working hard to ascertain the actual cause of mortality of the fish,” the Commission said in a release.

“Initial observation of the fishes showed no wound /lesions on their bodies. It is to be noted that after two to three days of death of an animal pathological signs change,” the release added.

Samples of the fish have been collected on ice to be examined critically in the laboratory.

The commission explained that seawater samples have also been collected at the beach in the Korle Klottey District of the Greater Accra Region.

“The seawater samples collected will be analysed for physical, chemical and other biological parameters.

“The colour of the sea and temperature are normal,” the releases added.

A handful of dead fishes were found ashore on Friday, April 4.

however, by Saturday, hundreds were scattered along a vast stretch of the Osu beach during Easter. 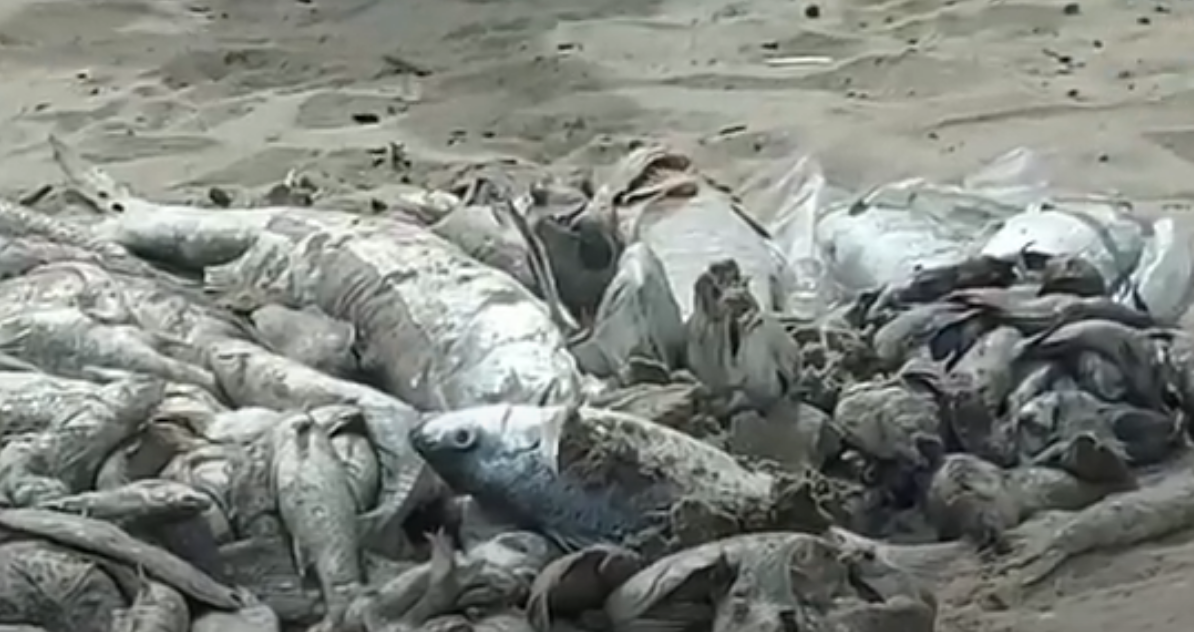 The fishes come in different sizes, shapes and texture but have been identified as different from the varieties caught by fishermen at sea.

What makes it strange was the change in colour within hours.

The flesh of the fishes were found to be sticky similar to glue after dissection, the Municipal Chief Executive of Korle Klottey Assembly, Nii Adjei Tawiah, has explained. 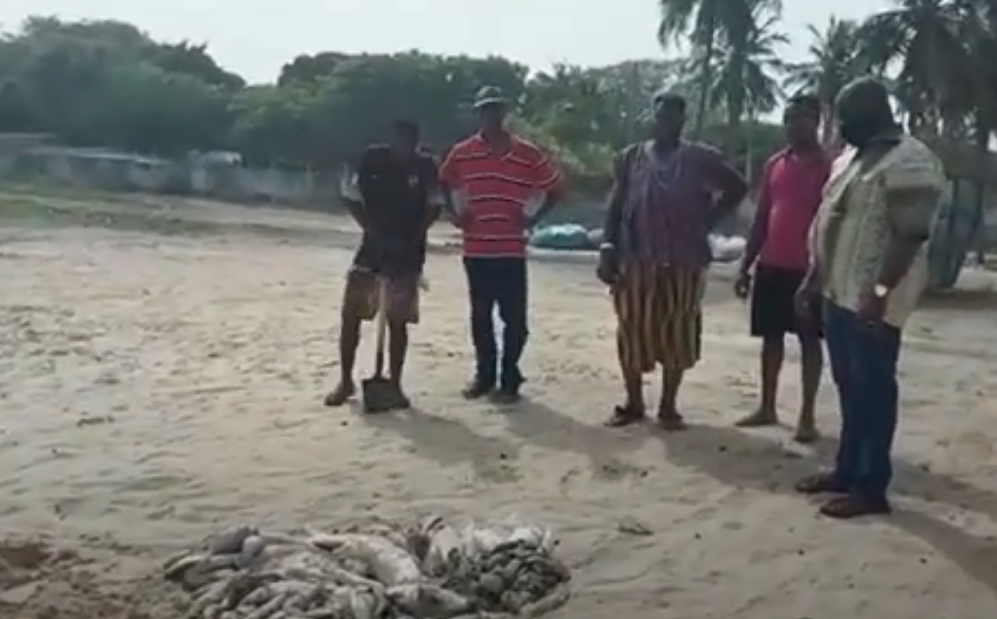 It is believed that the fishes have already found their way to the markets and are being sold at cheap prices, hence the caution to desist from consumption of the product.

Authorities from the health directorate of the Assembly, the Food and Drugs Authority (FDA) and the police have also taken samples for further examination.

The Assembly has subsequently cordoned off the area to bury the rest of the fishes and avoid further harvesting and distribution at the markets.

The public has been cautioned against the sale and consumption of the fishes.

Meanwhile, residents and some commentators have raised concerns about the development.

Some critics blamed it on activities related to the construction of the Marine Drive Tourism Investment Project while others feared it could be due to oil spillage at sea.

Others attributed it to illegal fishing methods or toxic waste dumped in the oceans.

However, the MCE explained that a definite explanation and conclusion would be reached after analysis by the appropriate authorities after Easter.

Dophins and large fish washed also at Keta and Axim

Similarly, more than 60 dolphins and large numbers of different species of fish were also washed ashore along the coasts of Axim-Bewire in the Nzema East Municipality of the Western Region and Keta in the Volta Region.

Authorities including Marine Police have made efforts to prevent residents from moving the fishes to the market for sale. 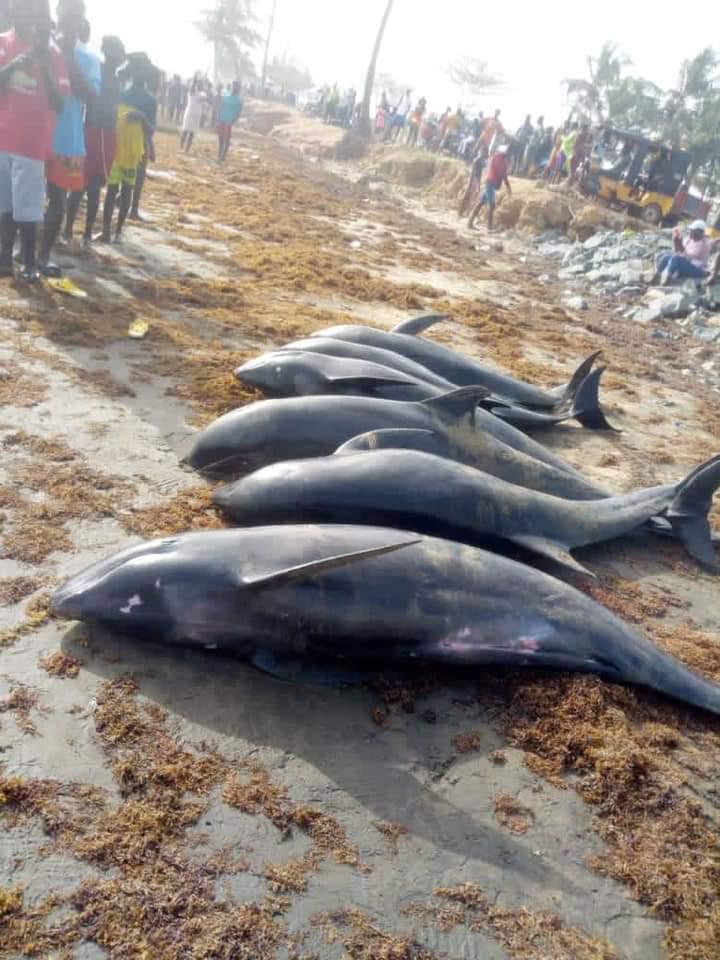