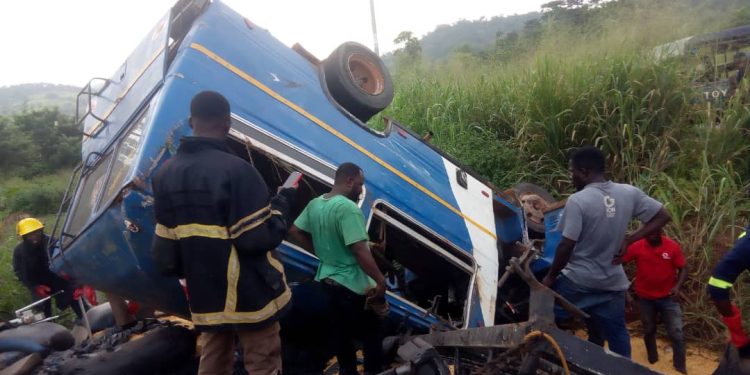 Five persons have been confirmed dead in a gory accident along Begoro-Osiem road in the Eastern Region.

The accident, which occurred on Monday, 17 May 2022, at about 2:00 pm, involved a truck loaded with bags of maize and charcoal and a Benz bus.

It happened when the driver reached a sharp curve near Akrumusu village.

The driver is said to have failed his brakes, lost control of the steering wheel, and the bus veered off the road and somersaulted multiple times before landing in a ditch.

The bus reportedly had few passengers on board from Donkorkrom en route to Akim Agogo.

When police and fire officers arrived, the vehicle loaded with charcoal and maize had also overturned in a gutter with its tyres hanging in the air.

The driver, Solomon Owusu, and one Kofi Boateng, aged 46, were rescued and rushed to the Begoro District Hospital.

“Five persons whose names were given to police by victim Kofi Boateng as Kwame Atta, Scorpion, Kofi, Kwesi, and Issac Teye were stuck and buried in the vehicle by the loaded truck with sand and maize,” the police said in a statement. 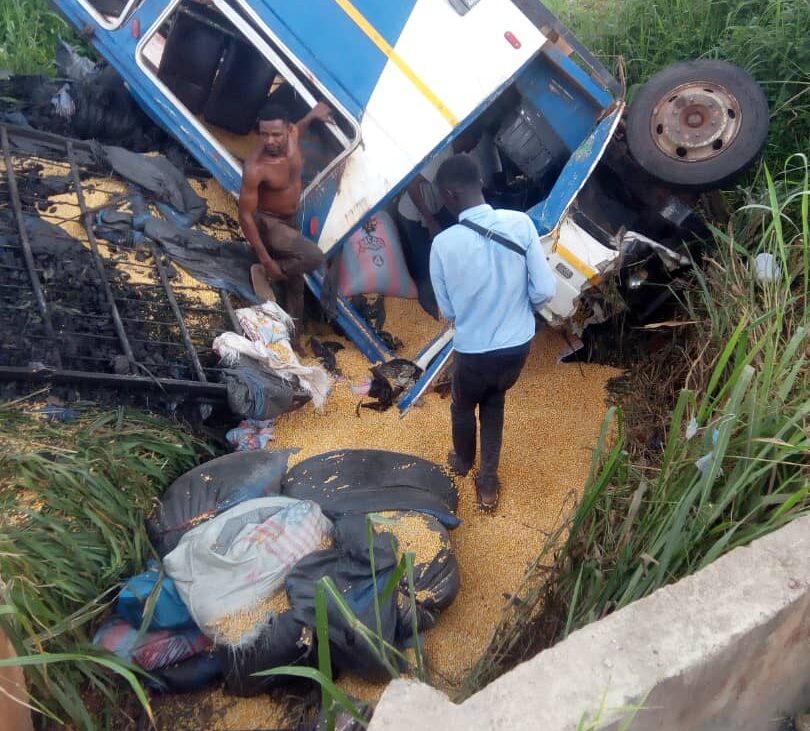 The five were also removed and rushed to the Begoro District Hospital but were pronounced dead on arrival.

The bodies have since been deposited at the hospital’s morgue for preservation and autopsy.