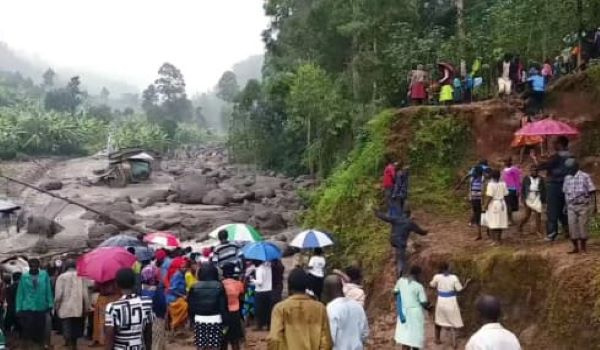 At least six people have been killed and nearly 50 are missing in mudslides caused by heavy rains across eastern Uganda’s Mount Elgon region, disaster relief officials have said.

Dozens of homes and farms have also been destroyed during the downpour in the last two days.

The government has been trying to relocate people from the mountainous areas to safer terrain.

In the north-west, the River Nile has burst its banks near Pakwach bridge, cutting off road links.

The roads authority has issued an alert, urging people to use alternative transport while the debris on the highway is cleared.

A tweeter has posted images of some of the flooding on Tuesday:

News coming from West Nile region is that Karuma-Pakwach road has been cut off by flooding due to the heavy rains in the last 24 hours. Travelers to either destinations are advised to take caution @CityGulu @UgandaRedCross pic.twitter.com/LWmHCba7Uz