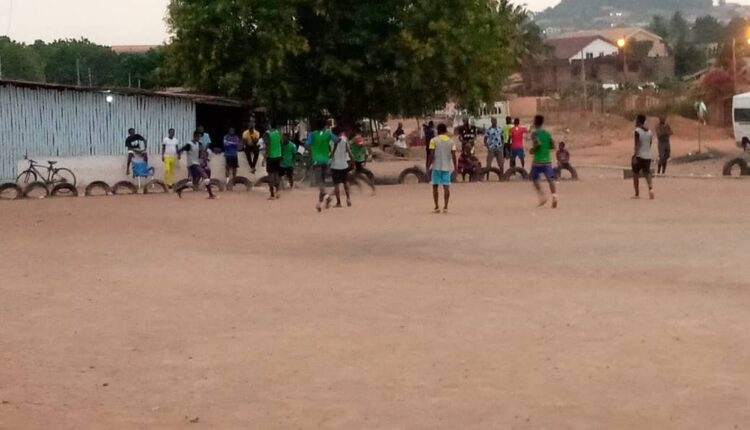 President Nana Akufo-Addo on Sunday emphasised that sporting activities are banned as part of efforts to tame the coronavirus spread in Ghana.

However, theghanareport.com checks at some community parks in Accra shows that the presidential directive fell on deaf ears.

The Mile 7 Park in Achimota, the Jackson and Amewugah parks in Ashogman Estate, Atomic Hills School Park, New Achimota Pentecost Park,  the Kanda Estate Park and the Kawukudi Culture Park,  all in Accra were busy with dribbles, drills and the shout of goal in complete disregard of the COVID-19 protocols.

At the Mile 7 Park, a group of teenagers in jerseys train at the park every morning while spectators watch behind a metallic fence.

At the Kanda Estate Park, the youth of Maamobi and Nima gather in their numbers every afternoon to play football to the cheers from spectators, most of who are not in masks or social distanced themselves.

Contrary to the elbow bump celebrations adopted in European football circles in celebrations, most of the footballers who play on this pitch embrace in celebration of their goals. 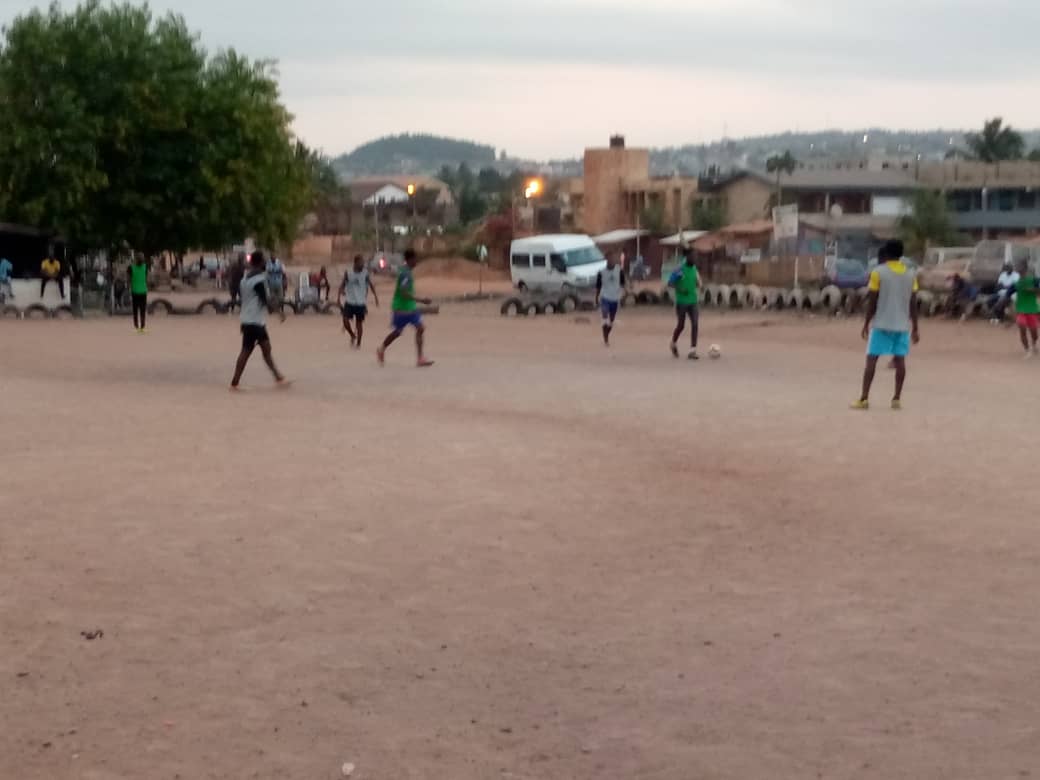 At the Jackson Park, some of the spectators were not wearing mask but openly sneezing and coughing.

Interactions with some of the spectators suggest that although they were aware of the virus, they believe its impacts are exaggerated.

One of the fans, Samuel Ampong, said the virus which had killed more than 270 people in Ghana while infecting more than 47,000 others, is just a normal disease,  exaggerated by the government and health professionals.

Unlike the other parks, there were fewer spectators at the Amewugah Park.

A whirlwind of dust chased the football players as they tackled and dribbled to the admiration of the few eyes watching them.

Here Nii Armah Quaye, another fan, confidently proclaims that the disease kills or poses danger to persons with weak immune system and Africans generally have strong immune systems so the virus is less likely to affect any of them.

He backed his claim by making reference to the lower number of people dying in Africa as compared to the higher mortality in the United States, Europe and Asia. 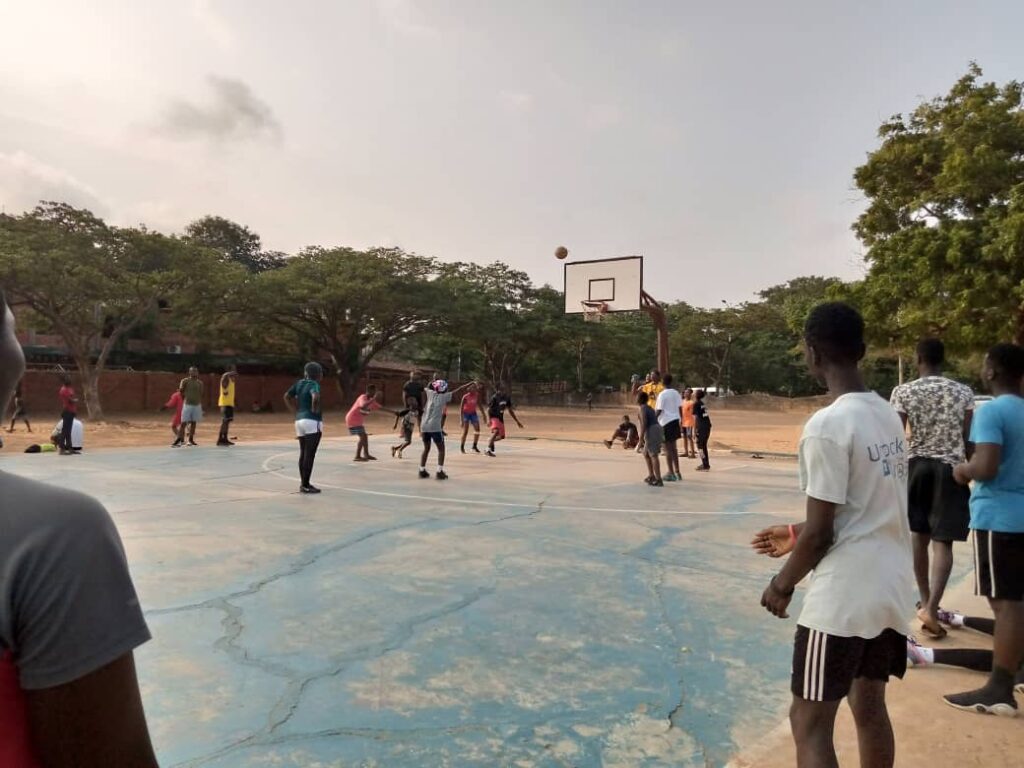 At the Kawukudi Culture Park, which about a kilometre away from the 37 Military Hospital, the crowd was massive.

Scores of young people between the ages of five to 20 practice on the football field, basketball and volleyball courts with no regard for social distancing.

Not a single one of them were in nose masks or any protective gear.

Most of the children were aggressively tackling, holding and pushing each other on the basketball court as well as the football field.

Some of the teenagers who spoke to theghanareport.com laughed off the idea that they could be infected with COVID-19.

One of them said he has been playing football with his friends ever since the country recorded its first case on March 12, 2020.

While they may not be using the facemask on the pitches, one of teenagers said he had it at home.

“We are on the park, so we don’t need to wear nose-masks. I have nose-masks, but I left them at home,” he said. 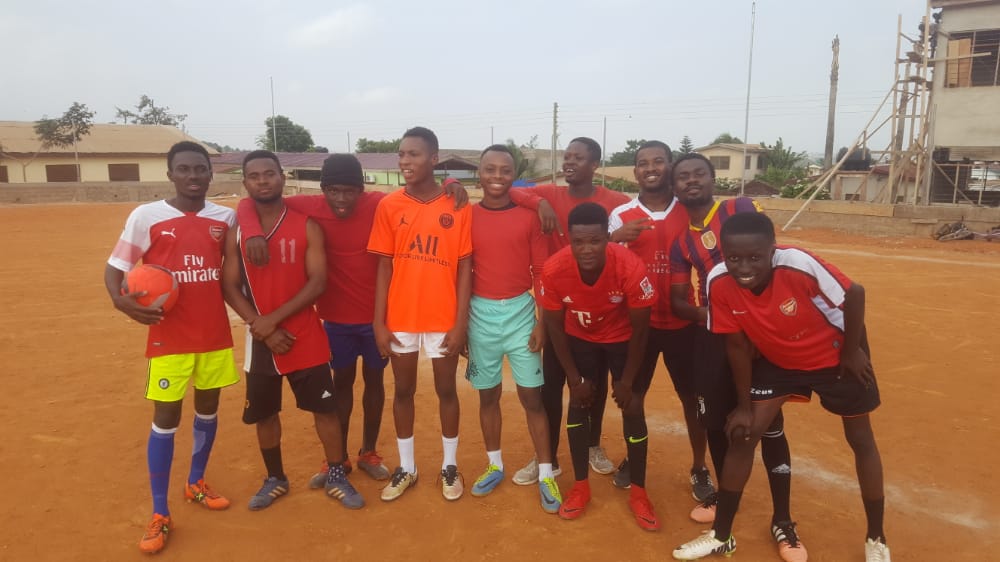