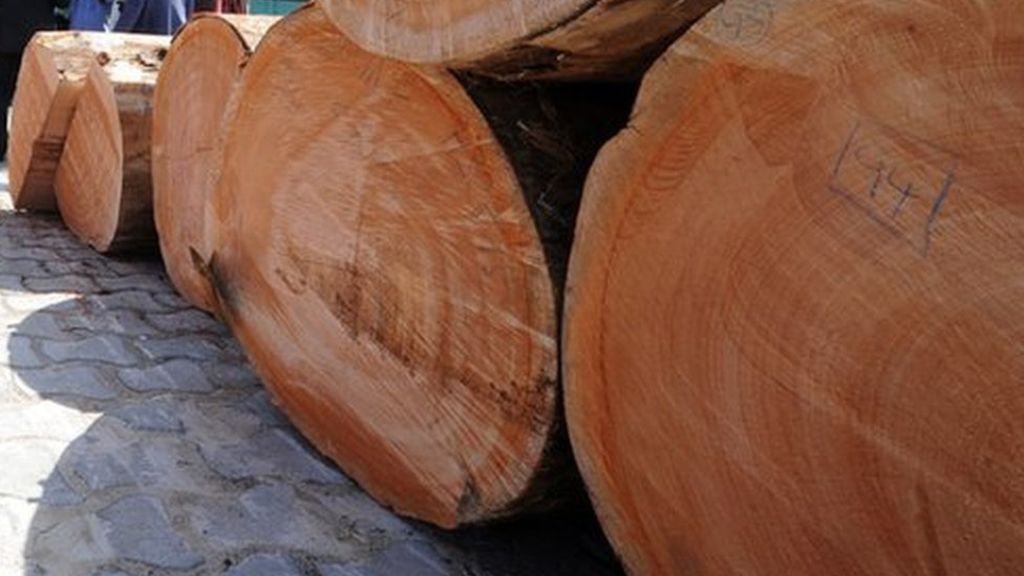 Ghana’s Forestry Commission has disputed a report published by the BBC on the trade of Rosewood in the West African country.

A statement from the commission highlighted several aspects of the documentary and suggested that the said claims were false.

According to the statement, the former Executive Director of Wildlife Division, Nana Kofi Adu-Nsiah who was cited in the documentary has denied any wrongdoing.

“Nana Kofi Adu-Nsiah has thrown a challenge to anyone who has proof of his involvement in any illegalities to come forward and prove that,” Public Relations Officer of Forestry Commission, Joyce Ofori Kwafo, indicated in the statement.

The Commission also said the BBC’s claims that 6 million rosewood trees have been exported to China from 2012 to 2018, while bans have been in place in Ghana, are untrue.

“Officially published records from Forestry Commission(Report on Export of Timber and Wood Products)indicates that from 2012 to May 2019, a total of 300,368.94 m3of rosewood products has been exported, with a roundwood equivalent of 385,845.50m3, which translates into 257,230 trees approximately, and not 6million trees,” the Commission stated.

“It should also be noted that the ban had been lifted from time to time during this period,” it added.

Meanwhile, a ban on trade in Rosewood is still in force.

Read the Forestry Commission’s report below:

Rosewood is one of the tree species found in the transition zone and Northern parts of Ghana. It was primarily used for charcoal production and fuelwood for rural households. The leaves are also an important source of livestock fodder for traditional pastoral communities.

Rosewood export started in Ghana in 2004, with an initial export volume of only 18m3in that year . The export volume and value have increased since 2009 when the Government granted permit to five (5) companies to remove all trees, including economic trees in the reservoir, to make way for the construction of the Bui Dam. China is the dominant importer of Ghanaian rosewood, representing over 90% of total exports.

Various governments in the past (both New Patriotic Party and the National Democratic Congress) have recognised the need to apply a ban on rosewood as a measure to control the exploitation.

Despite all these efforts, the ban did not yield the expected results and hence, on 12th March, 2019, the Ministry of Lands and Natural Resources was compelled once again to impose a ban on the harvesting, transportation and export of rosewood.

Since the ban came into force, the Ministry has not issued any new salvage permits to any company or group of individuals.

•           The Ministry of Lands & Natural Resources issues Salvage Permit for companies to salvage rosewood trees that had already been felled (lying logs) and the Forest Services Division (FSD) provides guidelines to the permit holder.

•           The District Manager of FSD then inspects rosewood gathered and records volumes. The Manager then issues a Log Measurement and Conveyance Certificate (LMCC) to cover the salvaged rosewood.

•           The Timber Industry Development Division (TIDD) inspects loaded containers of rosewood and reconciles volume against volume allocated by the Ministry and issues the necessary export permits.

•           Upon sighting all the required permits from FSD and TIDD, the Executive Director of Wildlife Division issues CITES Permits to cover the consignment for shipping.

Denial of Connivance With Illegal Dealers

Meanwhile, Nana Kofi Adu – Nsiah, the former Executive Director of Wildlife Division, has vehemently denied any involvement with illegal operators and has also denied collecting any bribe or a “percentage of the sale” from any illegal dealer.  Nana Kofi AduNsiah has thrown a challenge to anyone who has proof of his involvement in any illegalities to come forward and prove that. Nevertheless, Forestry Commission will institute investigations into the allegations against all its staff mentioned in the report.

Aftermath of the Ban

With the ban in place, confiscated consignments go through transparent auction processes after which CITES Permits are issued to cover the logs for export.

The said report by BBC indicated that 6 million rosewood trees have been exported to China from 2012 to 2018, while bans have been in place in Ghana.  However, officially published records from Forestry Commission(Report on Export of Timber and Wood Products)indicates that from 2012 to May 2019,a total of 300,368.94 m3of rosewood products has been exported, with a roundwood equivalent of 385,845.50m3, which translates into 257,230 trees approximately, and not 6million trees. It should also be noted that the ban had been lifted from time to time during this period.

It must, however, be noted that before January 2017, rosewood was not covered under CITES. So all the volumes that were shipped or traded before then, did not demand CITES Permits before export. Rosewood was placed in Appendix II under CITES after the 17th Meeting of the Conference of Parties on CITES(COP 17) in South Africa.

The report Appears to cast a slur at Ghana’s efforts at improving forest governance under the Voluntary Partnership Agreement (VPA). The decision and implementation of the Legality Assurance System (LAS) under the VPA has been transparently done with the participation of all stakeholders throughout the process. Governance bottlenecks have received particular attention on credible multi-stakeholder platforms that have been used to deliver the elements of the agreement.

The requisite safeguards have been discussed with stakeholders and will be included in the technical system in order to ensure that no weaknesses are introduced when rosewood trade is eventually covered by the tracking system under the VPA.

With a shared governance vision among all stakeholders, Ghana remains on course to deliver a credible FLEGT License.

•           Ghana is currently hosting the Africa Union / ECOWAS Commission Regional Policy Dialogue on Rosewoodwith a view to finding solutions to the rosewood menace in the sub-region and the African continent( 29th -31st July 2019).

•           Ghana has worked conscientiously over the last ten years and is on course to issue timber legality license (FLEGT Licenses) under the Voluntary Partnership Agreement (FLEGT / VPA) with the European Union (EU) to ensure that only legally produced timber is exported into the European Union and other international markets as well as on  the domestic market.

•           The ban on rosewood is still in force and the Ministry of Lands and Natural Resources has suspended the issuance of salvage permits including conveyance permits on rosewood. The issuance and processing of CITES permits for the export of Rosewood has also been suspended.

•           A policy on tree tenure and Benefit Sharing for trees outside the forest is being discussed which will motivate farmers to resist the illegal exploitation of rosewood and other tree resources on their farms and stop speculative felling by illegal operators.

•           There is an inter-sectoral collaboration among some agencies to effectively implement the ban on rosewood.

•           The Forestry Commission has been establishing model rosewood plantations since 2015.