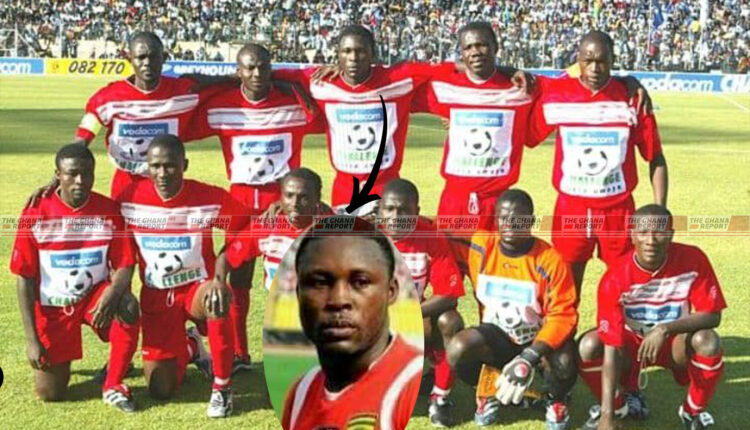 Former Black Stars and Kotoko defender Godfred Yeboah has been confirmed dead after a month-long battle with an illness.

The former Asante Kotoko skipper is reported to have passed away in the early hours of Tuesday, August 3, 2021, while on admission at the Sunyani Regional Hospital.

Yeboah, popularly known as TV3, was a member of the Asante Kotoko squad that clinched the Ghana Premier League title in 2003 to end the club’s ten-year trophy drought.

He also featured briefly for Wa All Stars (now Legon Cities) and Ashanti Gold on loan from Asante Kotoko.

His former club, Asante Kotoko confirmed his demise on Tuesday in a tweet.

We’re saddened to hear of the passing of Godfred Yeboah who represented us from 2001 to 2009.

His passion for the club was undeniable and he will be missed.

At the national team level, Yeboah made four appearances for the Black Stars including a 2006 World Cup qualifier against DR Congo which ended in a 0-0 draw.

Prior to his death, Yeboah had been training young footballers at the Baffour Soccer Academy based at Nsuatre.

Tributes continue to pour in from far and near,  most from the football fraternity in Ghana for the former defender.