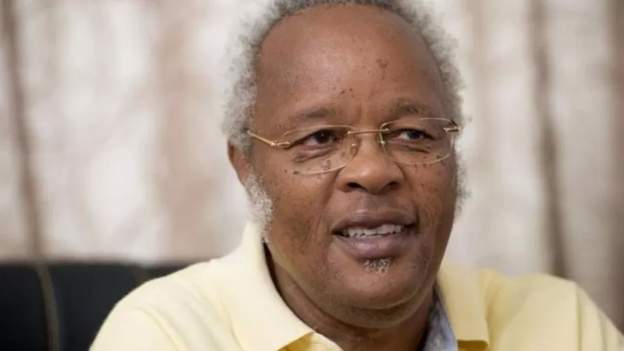 Former Tanzanian Prime Minister Edward Lowassa has been in hospital for five days, his son has told the BBC.

The 68-year-old politician was admitted to Muhimbili National Hospital after falling ill.

“He was operated in the abdomen but unfortunately it caused some complications but as we speak he is in stable condition and continuing to recover,” Frederick Lowassa, who is also a politician, said about his father.

He was forced to resign as PM after being implicated in an energy deal corruption scandal. He was never charged and denied any wrongdoing.

Yet he still had presidential ambitions. When the CCM failed to pick him as its presidential candidate as the end of Mr Kikwete’s term in 2015, he left the party and stood as an opposition candidate.

The opposition united for the first time to field him as a single presidential candidate, but he was defeated by John Magufuli.

Mr Lowassa ended up making up with his rival, re-joining the CCM before Mr Magufuli was elected for a second term in 2020. The president died in office a few months later.