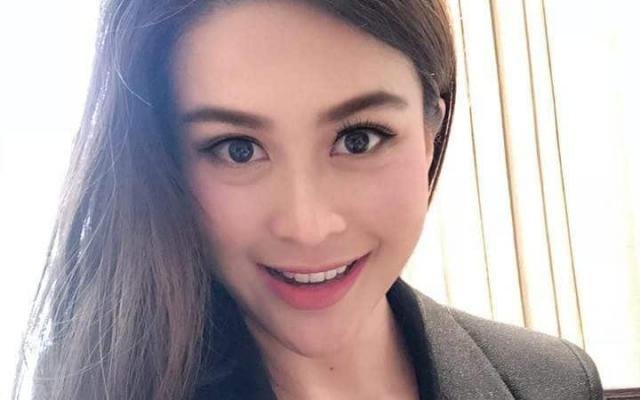 One of the five victims of the helicopter crash outside the home of Leicester City Football Club was a runner-up in Thailand’s Miss Universe beauty pageant.

Nursara Suknamai, 33, died alongside her boss and the club’s owner Vichai Srivaddhanaprabha in the incident, which also claimed the lives of colleague Kaveporn Pupare and pilots Eric Swaffer and Izabela Roza Lechowicz.

The former beauty queen’s social media pages are filled with photographs of her with Leicester City players including Harry Maguire and Jamie Vardy.

Yoga fanatic Ms Suknamai regularly posted her workouts on Instagram as well as other shots from Venice, Milan, Nice, Paris, Royal Ascot, and the FIFA World Cup in Russia in the summer.

In 2005, she finished runner-up in Miss Thailand Universe and won a “Miss Photogenic” competition before going on to work in television.

She starred in Thai soap operas between 2007 and 2013 before moving on to work full-time as an assistant to Mr Srivaddhanaprabha.

Her last few posts on Facebook revealed a life of glamour and high-end dining at some of London’s most exquisite restaurants, including the Italian Zafferano’s in Belgravia and Umu, a Japanese restaurant in Mayfair.

On the day before the crash, Ms Suknamai enjoyed freshly imported Greek fish at Estiatoro Milos, which describes itself as one of the finest seafood restaurants in the world.

Beneath the pictures of delicious seafood, friends expressed their shock with praying hands emojis and “RIPs. “Are you really lost?” asked one.

The former model showed a love for travel and for Leicester City Football Club on her social media pages, posing on the London’s King’s Road, at Avenue Montaigne in Paris, and with England football manager, Gareth Southgate, at the King Power stadium.

On Instagram, she smiled in a picture with Leicester players Harry Maguire and Wes Morgan, and entertained her 16,000 followers with stunning shots from trips to Ascot, the Greek island of Santorini, her summer in Nice and in Porto Cervo, Italy.

Her friends and fans took to social media with moving tributes to her life.

“I kept praying that it wasn’t you but the miracle isn’t real. This friend of mine has left us for good,” said one friend, Khamutchart Khemchira, on her Facebook page, next to a black and white collage of pictures.

“I could only pray for you last night. And then you came to say goodbye to me in my dream, talked to me in a cheery voice. I don’t remember what you said to me. I asked heaven to take you back and take care of my angel friend.”