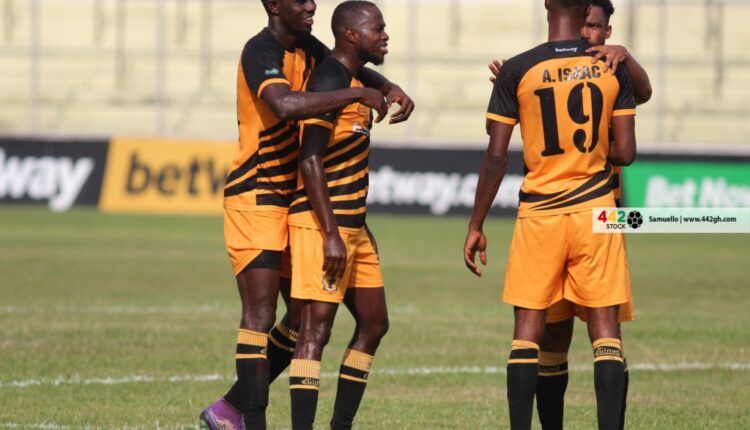 There are widespread suspicion of the games being compromised by a betting syndicate, forcing the Ghanaian authorities to mirror the microscope on the Obuasi-based team.

Ghanaian football faced a new scandal on Monday with the emergence that Ashantigold’s 7-0 win over Inter Allies was allegedly compromised.

The miners recorded a resounding win over the relegated Premier League table at the Len Clay Stadium in Obuasi on the final day of the campaign.

However, video evidence emerged on Monday to point to a clear case of match-fixing which has rocked the integrity of the 2020-21 season.

Substitute Hashim Musah scored an incredible two own goals to take the tally to 7-0 in the most shocking manner which has sparked outrage in the West African nation.

Young striker Isaac Opoku Agyemang netted a hattrick in the 16th, 44th and 77th minutes of the match taking his tally in the season to five goals.

Skipper Amos Addai added two goals in the 26th and 50th minutes to increase the advantage.

Two own goals by an Allies defender Hashim Musah in 78th and 80th minutes sealed the victory for AshantiGold.

They are identifying the trends and have discovered large bets in some countries on the matches.

Insiders won’t explain their modus operandi but they discovered the pattern and likely involvement of a global betting syndicate that may have compromised matches through various means.

They want to identify a few individuals involved in this syndicate to compromise matches in the Ghana Premier League.