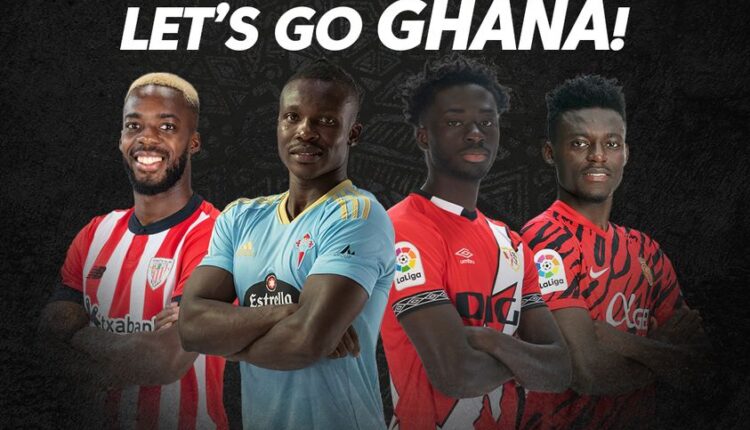 The voting process to select only one player has already started and Ghanaians have been urged to vote for their favorite Ghanaian player on the list.

The award is to recognize the top African player for the mid-season. Other African players on the list are Bono, Samuel Chukwueze, Youssef En-Nesyri, Franck Kessié, Ilaix Moriba etc.

Inaki Williams who plays as a forward for Bilbao has made 18 appearances, scored five goals, and assisted one in the Spanish top flight this season.

Abdul Mumin joined Rayo Vallecano on 1st September 2022 from Portuguese side Vitoria SC on a free transfer. He has made four appearances in La Liga.

Joseph Aidoo an ever-present defender for Celta Vigo has made 18 appearances and scored one goal. Lastly, Midfielder Baba Iddrisu of Real Mallorca has played 15 games in the Spanish top flight this season.