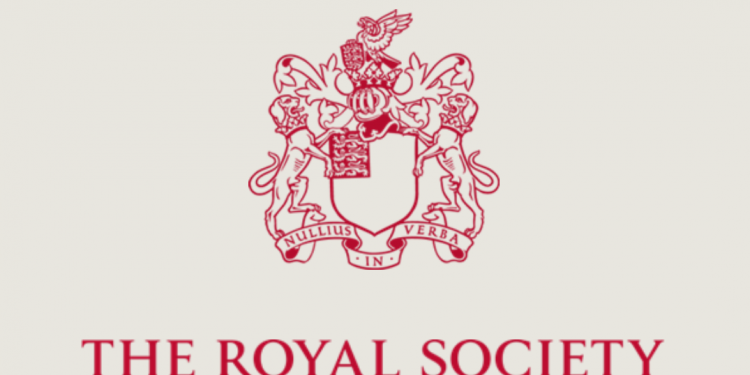 Four Ghanaians are among the second cohort of Flair research fellowships as announced by the African Academy of Sciences (AAS) and the Royal Society.

Outstanding early-career African scientists, whose research is focused on the needs of the continent, will be supported by the Future Leaders – African Independent Research (FLAIR) programme to develop independent research careers in African institutions and ultimately, lead their own research groups.

The 2020 cohort of FLAIR funded scientists were selected from a competitive pool of more than 400 applicants.

Their research is diverse, ranging from new techniques for sustainable agriculture and fisheries, managing water shortages to mitigate the worst impacts of climate change, improved methods to store cleaner energy and targeting health conditions that are most acute for people living in Africa.

They join the 2019 intake of FLAIR fellows, who are already making a significant contribution to science on the continent in their fields.

Africa needs to pay urgent attention to growing and retaining scientific talent to keep improving the continent’s scientific input and its sustainable development. The FLAIR partnership with the Royal Society is one of several initiatives through which the AAS is addressing this need.

Abel Gari (Ethiopian), International Livestock Research Institute (ILRI), Ethiopia
Napier grass, a feed-stock for the immense bovine industry of Sub-Saharan Africa, presents a solution for under-productive meat and dairy cattle. Abel will seek to optimise yields of Napier grass and harden it against climate change pressures by investigating its genetic diversity and potential.

Annettee Nakimuli (Ugandan), Makerere University, Uganda
Research and screening tests to identify high-risk pregnancies were not developed to fully account for the populations, or socio-economic conditions of Sub-Saharan Africa. Annettee will address this by conducting follow-up studies of 1,512 Ugandan women before and after birth to develop a test for risk of pre-eclampsia.

Assumpta Chinwe Nwanya (Nigerian), University of Nigeria, Nigeria
Nanomaterials have unique and desirable properties for energy storage, but their synthesis from metal compounds can be unsustainable. Assumpta plans on using eco-friendly methods, such as extraction (bio-oxidisation) by plants and wet chemistry, to create nanomaterials via the ‘green synthesis route’.

Bismarck Dinko (Ghanaian), University of Health and Allied Sciences, Ghana
When the malaria parasite enters the body, via a mosquito bite, the parasite must go through a phase of maturation and replication before it causes the disease. Bismarck will investigate the growth processes of the malaria parasite using new molecular and histological tools, including its proposed development location in human bone marrow.

Cobus Meyer Visagie (South African), University of Pretoria, South Africa
Mycotoxins are one of the biggest threats to African food security due to human health problems and economic losses cause by food poisoning. Cobus is seeking to better understand the environmental variables that trigger mycotoxin production, while also developing cost-effective and rapid techniques for the monitoring of mycotoxigenic fungi in the food system.

Colince Kamdem (Cameroonian), Centre for Research in Infectious Diseases (CRID), Cameroon
Malaria kills 400,000 people a year in Africa and control of the disease is being hampered by growing levels of insecticide-resistance among mosquitoes that spread the infection. To prevent the same thing happening to newly developed pesticides, Colince is exploring the rate that clothianidin resistance develops, and the genetic changes underpinning it, to inform future control measures.

Constantinos Kurt Wibmer (South African), National Institute for Communicable Diseases (NICD), South Africa
Snakebites kill or harm hundreds of thousands of Africans each year, but antivenom antibody research is limited by low profit margins. Constantinos aims to apply his skills from HIV research, finding “silver bullet” antibodies from the blood of horses. Animals are used to produce the current generation of crude and costly antivenoms, and they have developed antibodies that could be candidates for new human drugs.

Dalia Saad (Sudanese), University of the Witwatersrand, South Africa
Though South Africa is ranked in the top 20 countries for mismanaged plastic waste, only one study on microplastic waste in freshwater has been conducted. No such study has been done in Sudan. Dalia aims to fill this gap for the River Nile and Vaal River, which are a vital economic and social resource for its citizens and determine micro-plastic pollution to inform future policy and monitoring.

Edem Mahu (Ghanaian), University of Ghana, Ghana
Oyster fisheries in the Gulf of Guinea sustain impoverished communities in several surrounding countries. They are increasingly under threat from rising sea temperatures and erratic rainfall linked to climate change, as well as over-harvesting and pollution. Edem is working to gauge and forecast these impacts and provide scientific advice on sustainable management and adaptation.

Esther Muema (Kenyan), University of Pretoria, South Africa
Chickpeas not only provide nutrition but also use passenger bacteria, rhizobia, to lock nitrogen into soils, which in parts of South Africa, are weathered and infertile. Esther aims to identify local species of rhizobia bacteria to better understand their interaction with chickpeas, leading eventually to enhanced crop production and soil fertility.

Felix Sizwe Dube (South African), University of Cape Town, South Africa
One-third of children born with HIV in Sub-Saharan Africa develop obliterative bronchiolitis – a type of chronic lung disease. The antibiotic azithromycin has been proposed as a long-term treatment, and Felix will lead the microbiological aspects of a clinical trial that seeks to understand its benefits and any adverse effects on health, lung microbial diversity, and the risk of increasing antimicrobial resistance.

Gudrun Dittrich-Schröder (South African), University of Pretoria, South Africa
Gudrun will lead one of the first research groups investigating the potential of cutting-edge gene editing tools, e.g CRISPR Cas9, for the management of invasive insect pests, like the Eucalyptus snout beetle and the Pine wood wasp, that blight crucial agriculture and forestry industries.

Jaclyn Mann (South African), University of KwaZulu-Natal, South Africa
One barrier to curing HIV via antiretroviral therapy is the cells that act as HIV reservoirs, but which are unaffected by treatment. The mechanism by which these reservoirs endure – dormant or slowly mutating – is unclear. Jaclyn aims to explore this issue and inform future cure strategies.

John Kuumuori Ganle (Ghanaian), University of Ghana, Ghana
Over 63% of disabled adults in Ghana are women, the group that has the most difficulty accessing sexual and reproductive healthcare. John will implement interventions to connect women with these services and assess the benefits, which he says might ‘strengthen local health system capacity’ and satisfy ‘universal access to healthcare as envisaged [by the UN]’.

Lauren Arendse (South African), University of Cape Town, South Africa
Lauren is leading a new malaria drug discovery programme which aims to use our knowledge from cancer-treating “kinase inhibitors”, to target the kinase enzymes which the malaria parasite relies on to reproduce and spread.

Leah Matsinha (Zimbabwean) University of Johannesburg, South Africa
Most African countries rely on wood for household cooking, but this has negative health implications, including lung cancer and heart disease. Leah is developing a cost-effective process to develop kerosene using glycerol which is produced as a by-product from bio-energy and food industries. Production of cheap alternate fuels from readily available glycerol will alleviate health problems associated with the use of wood for household cooking.

Meron Teferi Taye (Ethiopian), International Livestock Research Institute, Ethiopia
Lake Ziway, a vital resource for local communities and business, is facing growing water scarcity issues because of uncontrolled overdrawing by the growing local population and private companies. Meron will work with local groups to measure the extent of extraction, and its uses, and model its likely impacts. Identifying ways to limit the exploitation of the lake, will have wider applications to other African natural resources as populations grow.

Nicholas Musyoka (Kenyan), Council for Scientific and Industrial Research (CSIR), South Africa
Biogas – a renewable energy source composed of fermented organic matter – as widely used as it is, is crude unless processed into higher quality biomethane. Nicholas seeks to curb pre-existing and challenging waste streams (plastic refuse, combustion exhaust, wastewater) and use them to process raw biogas into biomethane.

Philip Antwi-Agyei (Ghanaian), Kwame Nkrumah University of Science & Technology, Ghana
Climate-Smart Agriculture (CSA) is one method proposed for Ghanaian farmers to adapt in light of increasing temperatures and drought risk, but evidence for its effectiveness remain partial. Philip plans on using mapping tools, soil samples and a community approach to determine how CSA might be best applied to Ghana and West Africa, with a focus on soil viability.

Prinessa Chellan (South African), Stellenbosch University, South Africa
Resistance to antimalarial drugs is a growing problem in malaria prone countries, and the race is on to develop new treatments. One promising area is the ‘metal complexes’, drugs containing iron or other metals which may be particularly potent against resistant malaria strains. Prinessa will build on her research in this area identifying likely new compounds and developing them into biologically active molecules.

Rondrotiana Barimalala (Malagasy), University of Cape Town, South Africa
The historically “weak” tropical cyclones that form in the Mozambique Channel led to them being largely ignored in hazard planning, until the 2019 cyclones Idai and Kenneth wrought catastrophic damage. Rondrotiana will investigate traits, ocean eddies and temperature changes, that give rise to tropical cyclones, and from this, develop an early warning toolbox for future disasters.

Ross Blamey (South African), University of Cape Town, South Africa
The largest and most important rivers in southern western Africa begin in the Angolan Highlands – dubbed the “water tower”. Mismanagement threatens these rivers and the populations, and ecosystems – like the Okavango Delta they support. Using the latest climate data and models, Ross will identify patterns of rainfall and water use with the aim of developing a framework for the responsible management of the Angolan Highlands water tower.

Samuel Iwarere (Nigerian), University of Kwazulu Natal, South Africa
Millions of deaths could be prevented each year with access to clean water, an issue more acutely faced by low-income communities. Samuel will develop a new and accessible technology to purify river water and serve those most in need.

Samwel Muiruri (Kenyan), International Institute of Tropical Agriculture (IITA), Kenya
Cassava, a starchy root, is a dietary staple for millions of people in developing countries, but adaptations through conventional breeding techniques are increasingly outstripped by pests and challenges of a changing climate. For his project, Samwel plans to speed up the breeding and cultivation process, through genetic manipulation to induce premature flowering – fast-forwarding the adaptive capacity of cassava.