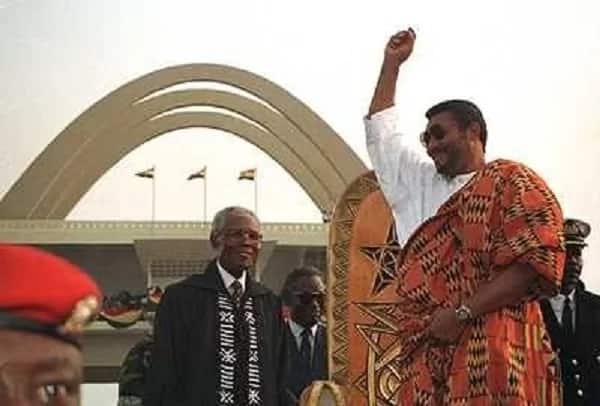 I have always been fascinated by the idea of the being ‘BORN AGAIN’ philosophy or the underlying principle or creed of the Christian faith as espoused in the book of the Apostle John, Chapter 3: 1-6 on the ‘New Birth’.

It is written that “now there was a certain man among the Pharisees named Nicodemus, a ruler (member of the Sanhedrin) among the Jews, who came to Jesus at night and said to Him, “Rabbi (Teacher), we know (without any doubt) that You have come from God as a teacher; for no one can do these signs (these wonders, these attesting miracles) that You do unless God is with him.” Jesus answered him, “I assure you and most solemnly say to you, unless a person is born again (reborn from above – spiritually transformed, renewed, sanctified), he cannot (ever) see and experience the kingdom of God.”

As a layman in spiritual things, I will only consider what I find fascinating about the whole philosophy of ‘REBIRTH’ or ‘NEW BIRTH’ as it does not connote a new or second physical birth; but more of a ‘rebirth of the soul or spirit; a renewed existence, activity or growth; a renaissance or renascence; revival; renewal; reawakening; resurgence; revitalization; resurrection; regeneration; rejuvenation; restoration; reincarnation; metempsychosis; or ‘new beginning’.

As we approach three decades of Fourth Republican experimentation or journey of life as a nation and as a people since 1993, I am left in doubt that, the time has come for us all to step back and have an INTROSPECTION of how we want to live the next thirty years of our lives or what legacies, we would wish to bequeath our children and children’s children.

This is exactly why we need to consider the story of Nicodemus at this point in time, considering what we witnessed in our Parliament few days ago.

For someone who believes in the whole idea of DESTINIES as being an integral part of our DNA, that which carries the genetic information necessary for the organisation and functioning of most living cells, and controls the inheritance of characteristics, I believe it is not for nothing that we had a HUNG PARLIAMENT with the 2020 General Elections. It is for the same reason that the events of Friday, 26th November, 2021 was necessary for us to pause and consider the issue of REBIRTH, otherwise posterity will judge our generation badly because we did not take the necessary steps for a renewal, revival, reawakening or renaissance of that which gave us the Fourth Republic.

And, it is not about one of the legacies of Flt. Lt. Jerry John Rawlings.

Consequently, the Consultative Assembly submitted the draft Constitution for the Republic of Ghana to the P.N.D.C. on 31st March, 1992.

I believe until Prof. John Evans Atta Mills (God bless and rest his soul) assumed office as the third President of the 4th Republic, after the tenure of John Kofi Agyekum Kufuor, there had been lingering thoughts and murmurings for the need to tweak the 4th Republican Constitution a bit.

My interest in the historic antecedent is not whether we need to revisit the Report of the Constitution Review Commission (CRC) with its accompanying WHITE PAPER but to take us all to other occurrences in the country, agitations upon agitations for all kinds of matters; issues of Galamsey and its dire consequences on our environment and our future; issues of armed robberies; the issue of first time in the history of the 4th Republican dispensation a Budget of a Government is ‘rejected’ (forget the reverse mirroring antecedent that the Finance Minister’s father once engineered the rejection of Amon Nikoi’s Budget statement years back and for which the latter resigned) for whatever reason(s); issues of ‘unfair’ or unequitable distribution of the national cake, issues of ethics and values; issues of who we are as ‘GHANAIANS’; issues of such petty things as we take for granted years past and yet now are big matters leading to offensive, derogatory, demeaning and belittling language on the airwaves; issues of what impact all these matters are having on our children; issues of ‘WHAT IS THE TRUTH’ now as against ‘LIES BEING FORCED DOWN OUR THROATS’ everywhere as the new truth in all spheres of our national lives, including the church – where did we get it so wrong as a people and as a nation?

As we approach the 30th anniversary of the 4th Republican dispensation, I want to be like Nicodemus and ask: “HOW CAN GHANA BE BORN AGAIN?” How can we make the effort at changing the narrative, which seems to be starring us in the face as if to ask: CAN’T WE LEARN ANYTHING FROM OUR PAST MISTAKES?

As we start the countdown to SATURDAY, 7th JANUARY, 2023 to celebrate THREE DECADES OF THIS DISPENSATION, my prayers include the fact that for once we would not organise and host a PARTISAN NATIONAL AWARDS NIGHT – where the organisers award themselves and their family members only with the medallions; that we would set up a bi-partisan REVIEW COMMITTEE to assess the work done by Prof. J. E. A. Mills’ CRC with its White Paper for a proposed referendum by June 2022 so that we could begin the REBIRTH of our country, where our children will now be taught and would in turn inculcate the NATIONAL ANTHEM AND PLEDGE into their daily lives as ‘PROUD GHANAIANS’; and where this reawakening will give birth to the ‘NEW GHANAIAN’ as Nicodemus was taught by Jesus Christ.