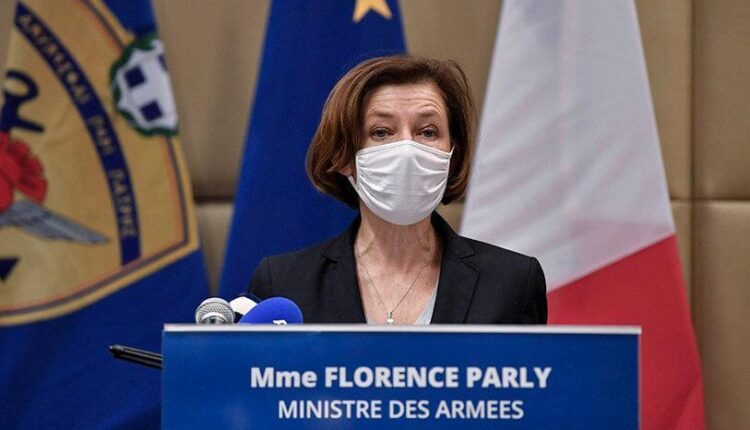 France pulls out of UK defence talks amid row

France’s defence minister has cancelled talks with her UK counterpart amid the row prompted by a new security deal between Britain, the US and Australia.

Paris is angry after Australia signed the Aukus pact to build nuclear-powered submarines, pulling out of a major contract with France in the process.

UK PM Boris Johnson said France had nothing to worry about from the deal.

But Florence Parly’s meeting with UK Defence Secretary Ben Wallace in London this week has been called off.

Lord Ricketts, a former British ambassador to France who was due to co-chair the two days of talks, confirmed the meeting had been “postponed to a later date”.

The Aukus agreement brokered last week, widely seen as an effort to counter China’s influence in the contested South China Sea, ended a deal worth $37bn (£27bn) signed by Australia in 2016 for France to build 12 conventional submarines.

French foreign minister Jean-Yves Le Drian has described it as a “stab in the back” that constituted “unacceptable behaviour between allies and partners”.

And in a virtually unprecedented step among allies, French President Emmanuel Macron ordered the recall of the French ambassadors to Washington and Canberra.

Speaking on a flight to New York, where he will take part in the UN General Assembly, Mr Johnson said France should not “worry” about the alliance, insisting that Anglo-French relations were “ineradicable”.

The prime minister said Britain and France have a “very friendly relationship”, which he described as being of “huge importance”.

“Our love of France is ineradicable,” he told reporters.

“Aukus is not in any way meant to be zero-sum, it’s not meant to be exclusionary. It’s not something that anybody needs to worry about and particularly not our French friends.”

Mr Johnson is being joined on the trip with new Foreign Secretary, Liz Truss, who launched her own defence of the agreement in an article for the Sunday Telegraph.

Ms Truss said the deal showed the UK’s readiness to be “hard-headed” in defending its interests and had the potential to create hundreds of new skilled jobs.

Meanwhile, Australia has defended scrapping its deal with France in favour of the Aukus pact.

Prime Minister Scott Morrison rejected accusations that Australia had lied, saying France should have been aware it was prepared to break the deal.

Speaking on Sunday, Mr Morrison said: “Ultimately, this was a decision about whether the submarines that were being built, at great cost to the Australian taxpayer, were going to be able to do a job that we needed it to do when they went into service and our strategic judgement based on the best possible of intelligence and defence advice was that it would not.”

The agreement means Australia will become just the seventh nation in the world to operate nuclear-powered submarines.

The pact will also see the allies share cyber capabilities, artificial intelligence and other undersea technologies.

But it has been criticised by China, which has accused the three powers of having a “Cold War mentality”.

And on Monday, North Korea, which has its own closely-watched nuclear weapon and missile programmes, warned it could spark a “nuclear arms race”.

“These are extremely undesirable and dangerous acts which will upset the strategic balance in the Asia-Pacific region,” state media KCNA quoted a foreign ministry official as saying.