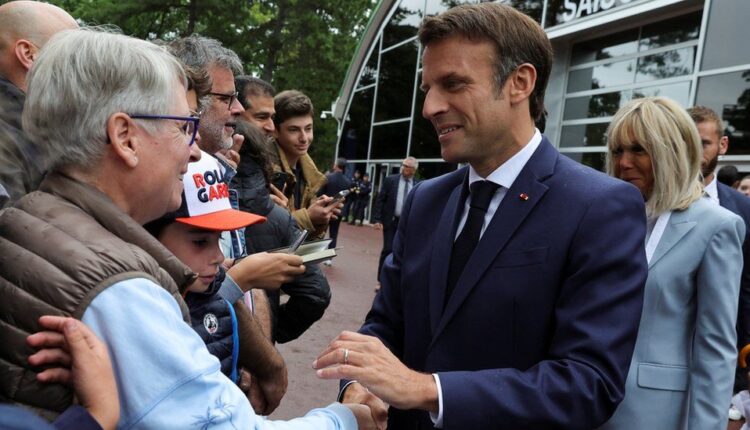 Less than two months after he was re-elected president, Emmanuel Macron is on course to lose control of the French National Assembly following a strong performance by rival parties.

His centrist Ensemble coalition is on course to win parliamentary elections, according to projected results.

But he is set to lose dozens of seats and will struggle to pass reforms.

President Macron now faces the prospect of losing some of his cabinet ministers and having to work with a fragmented National Assembly that is far less pliant.

A storm hit Paris as the prime minister, Elisabeth Borne, returned from the presidency to her Matignon residence. Appearing on French TV minutes later, she said modern France had never seen a National Assembly like this one.

“This situation represents a risk for our country, given the risks we’re facing nationally and internationally,” she said.

“We will work as of tomorrow to build a working majority.”

Far-left leader Jean-Luc Mélenchon was enjoying his success in bringing mainstream parties into his broad-based alliance. He told supporters that the presidential party had suffered a total rout and every possibility was now in their hands.

Ms Le Pen was also in jubilant mood. The people had spoken, she said: Emmanuel’s Macron’s adventure was over and he had been consigned to a minority government.

The right-wing Republicans were happy, too, because their numbers had not fallen back as far as feared. Party chairman Christian Jacob said it was a “stinging failure” for a president now paying for cynically weaponising France’s extremes.

Emmanuel Macron had more than 300 seats in the outgoing parliament and defeated Ms Le Pen’s National Rally convincingly in the presidential election in April. To maintain his outright majority he needed 289 seats, but Sunday’s projection of around 210 to 250 seats is worse than the pollsters expected.

Mr Mélenchon’s Nupes alliance is set to win 150 to 180 seats, while the far-right National Rally is on course to go from eight seats to between 80 and 100, says TF1 TV. 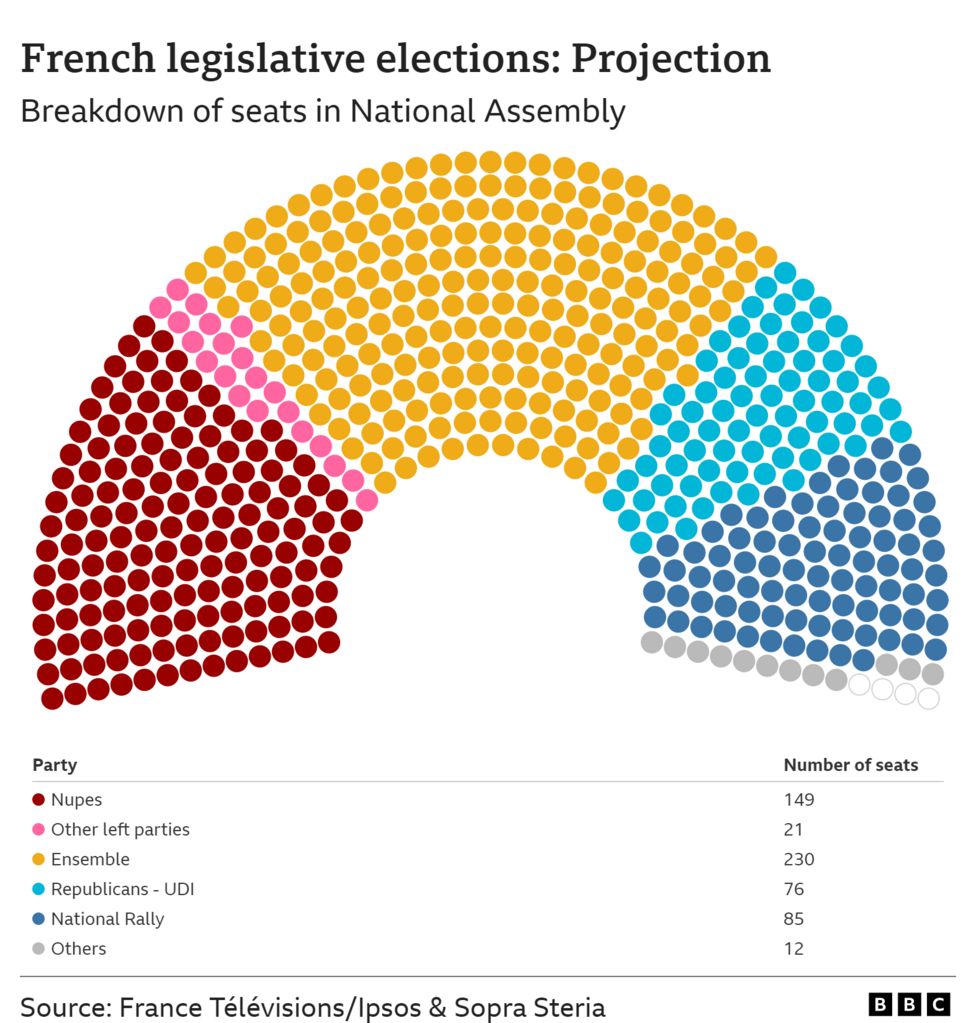 Among the ministers facing defeat and resignation from the government is Health Minister Brigitte Bourguignon, who has reportedly been beaten by her far-right opponent by just 56 votes. Green Transition Minister Amélie de Montchalin was also said to be heading for defeat.

One of Mr Macron’s closest allies, the president of the Assembly Richard Ferrand, conceded victory to his Nupes rival Mélanie Thomin, wishing her success.

An earlier casualty for the government came on the Caribbean island of Guadeloupe, where a secretary of state, Justine Benin, lost her seat and will have to resign. Europe Minister Clément Beaune is also thought to be at risk.

In a rousing speech to his supporters, Mr Mélenchon said the result marked the moral failure of “Macronie”, accusing the ruling party of enabling the far right by refusing to give clear guidance in seats where Nupes was running head to head with Marine Le Pen’s party.

In a tacit admission that he was unlikely to achieve his ambition of prime minister, the far-left leader said he was now changing his role in battle: “But my commitment is and will remain at the front of your ranks until my final breath if you want.” As he was not running for a seat, he will not feature in the National Assembly.