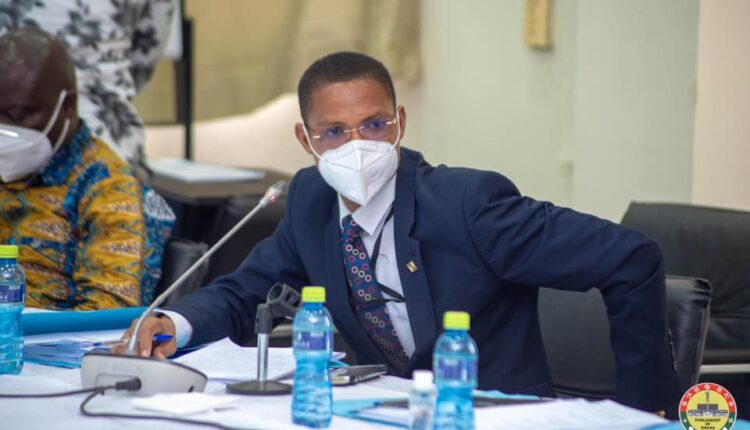 Francis-Xavier Sosu writes: 2021 SONA leaves much to be desired

As a first-term Member of Parliament, it is interesting hearing the President of Ghana present the State of the Nations Address in accordance with Article 67 of the 1992 Constitution of Ghana.

Whilst it is important to acknowledge that for a continuing Administration, the President speaks on the actual results of critical interventions accomplished by his government, it was equally important to give the true picture of the nation in terms of the economy, education, physical and social infrastructure, among many others.

To this end, the national debt stock which currently stands at GHS286.9 billion as at November 2020, representing 74.4% of Gross Domestic Product (GDP), was a critical issue but conspicuous missing in the State of the Nation Address (SONA).

It is also strange that the word “CORRUPTION” was missing in the President’s SONA, particularly when issues of corruption have been very critical due to the directive to proceed on compulsory leave and subsequent retirement of the Auditor General which many believe was politically motivated because his work was exposing corruption in the government of the President.

On a day such as this when the President fulfills his constitutional duty to the People of Ghana through their elected representatives, the President was again silent on the raging issue of LGBTQI+ rights. This was a missed opportunity by the President to lay the debate to rest by not only stating his position on the matter formally, but also propose to introduce the appropriate legislative regime that will permanently settle this debate – just like his commitment to revisit the Agyapa Royalties Agreement.

The President also failed to give a clear indication of the major policy direction or set of directions that will provide a pathway to economic recovery in a post-COVID-19 era.

The President did not make comments on critical matters such as the state of unemployment in the country, his views on events leading to the resignation of the Special Prosecutor and measures adopted by Government to empower the Office of Special Prosecutor (OSP), and his approach to tackle corruption going forward.

In conclusion, it must be noted that the State of the Nation Address (SONA) must not be seen only as a constitutional obligation and yearly tradition, but as an opportunity for the President to report on the real status of the country including the mood of the country, social and economic strength and weaknesses, as well as unveiling the government’s agenda for the coming year to tackle critical challenges facing the nation. If that remains our commitment and desire as a people, then this year’s SONA leaves much to be desired.