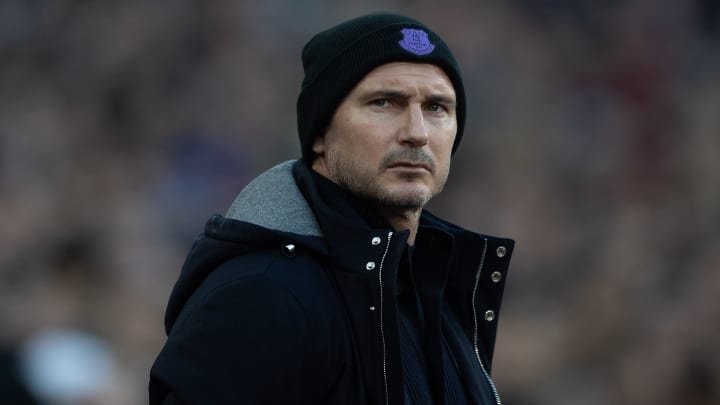 Frank Lampard has been relieved of his managerial duties by Everton following a barren run of form.

The Toffees have failed to win any of their last 10 games in all competitions, slipping to 19th place in the Premier League table and being eliminated from both domestic cup competitions.

The nail in the coffin proved to be Saturday’s limp 2-0 loss at relegation rivals West Ham United, which leaves Everton off the foot of the table by virtue of goal difference only.

Lampard spent just shy of one year as the Toffees manager and could only muster a win percentage of 27.3% in that time.

Everton have yet to release an official statement but 90min understands they have informed Lampard of their decision.