The trial of former French President Nicolas Sarkozy for corruption and influence-peddling has been suspended to allow a medical report on one of the defendants.

Sarkozy is accused of having tried to illegally obtain information from a magistrate about an investigation involving him in 2014.

This is the first trial for the 65-year-old politician, who has faced several other judicial investigations since leaving office in 2012.

He stands trial in a Paris court along with his lawyer Thierry Herzog, 65, and the magistrate, Gilbert Azibert, 73. They face a prison sentence of up to 10 years and a maximum fine of 1 million euros ($1.2 million.) They deny any wrongdoing.

Sarkozy and Herzog are suspected of promising Azibert a job in Monaco in exchange for leaking information about an investigation into suspected illegal financing of the 2007 presidential campaign by France’s richest woman, L’Oreal heiress Liliane Bettencourt.

Sarkozy arrived at the court surrounded by his lawyers and bodyguards, in the presence of dozens of journalists. The Paris court has been placed under high security as hearings in the case, scheduled until Dec. 10, are taking place at the same time as another key trial – that of the 2015 attacks at the Charlie Hebdo offices and a kosher supermarket. 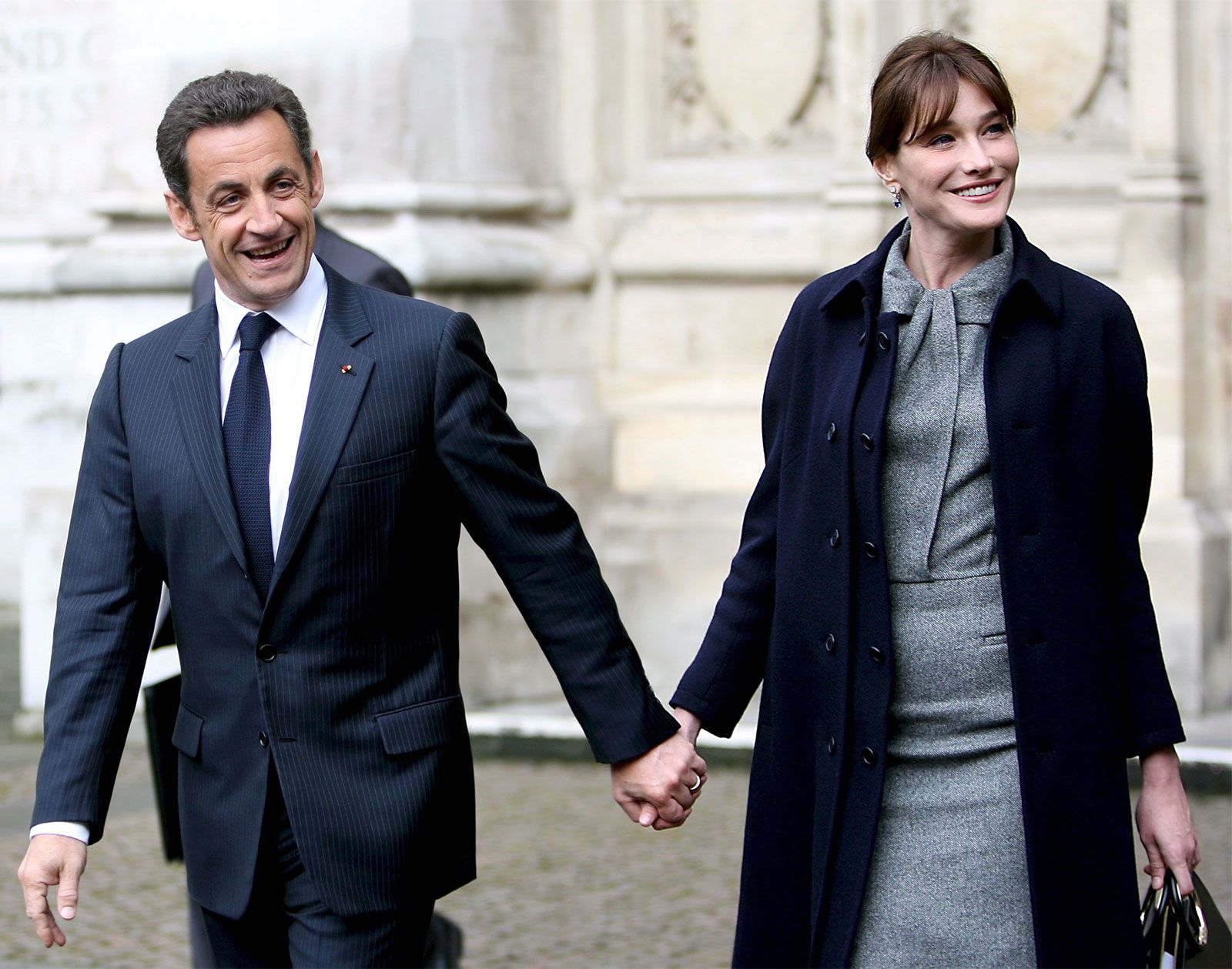 The trial started Monday in the absence of Azibert, whose lawyer requested the hearings to be postponed. He argued his client’s bad health makes it risky for him to travel and appear in court amid the coronavirus pandemic, leading the court to suspend proceedings pending an expert medical report. The trial will resume on Thursday.

In 2014, Sarkozy and Herzog used secret mobile phones – registered to the alias name of ‘Paul Bismuth’- to be able to have private talks as they feared their conversations were being tapped.

Sarkozy and Herzog explained that they bought the phones to avoid being targeted by illegal phone tapping. Investigative judges, however, suspect they actually wanted to avoid being tapped by investigators.

Judges have found that discussions between Sarkozy and his lawyer suggested they had knowledge that judicial investigators at the time tapped their conversations on their official phones – they mentioned ‘œjudges listening.’

Sarkozy argued that he never intervened to help Azibert, who never got the job and retired in 2014.

Investigative judges consider that as soon as a deal has been offered, it constitutes a criminal offence even if the promises haven’t been fulfilled.

Legal proceedings against Sarkozy have been dropped in the Bettencourt case.

‘œI don’t want things that I didn’t do to be held against me. The French need to know… that I’m not a rotten person,’ he told BFM TV earlier this month.

He said he was facing the trial in a ‘œcombative’ mood.

Sarkozy’s predecessor, Jacques Chirac, was found guilty in 2011 of misuse of public money, breach of trust and conflict of interest and given a two-year suspended prison sentence for actions during his time as Paris mayor before he was president from 1995 to 2007.

Sarkozy’s name has appeared for years in several other judicial investigations.

Allegations, which include illegal financing of his 2007 campaign by then-Libyan dictator Moammar Gadhafi, cast a shadow over Sarkozy’s comeback attempt for the 2017 presidential election.

After failing to be chosen as a candidate by his conservative party, he withdrew from active politics.

Sarkozy remained the most popular figure amid French right-wing voters in recent years. His memoirs published this summer, ‘œThe Time of Storms,’ was a bestseller for weeks.

Sarkozy was handed preliminary charges including ‘œillegal campaign financing’ in the Libyan investigation, which has been underway since 2013 – and prompted the wiretapping of his phones.

Earlier this month, French-Lebanese businessman Ziad Takieddine retracted his previous statements that he delivered suitcases from Libya containing 5 million euros ($5.9 million) in cash to Sarkozy and his former chief of staff, Claude Gueant.

Instead, he told news broadcaster BFM and magazine Paris-Match that there were ‘œno Libyan financing.’

Sarkozy said that the truth ‘œfinally comes out.’