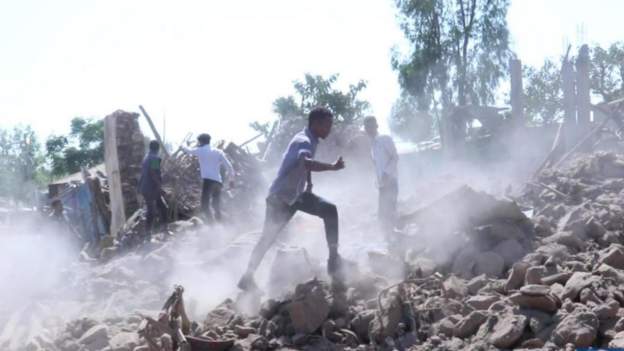 The Eritrean government, whose troops previously fought alongside Ethiopian soldiers in the region, has not responded to the accusation.

He added that he saw people injured in the attack being taken to hospital by an ambulance.

The Tigrayan authorities say the air strikes were carried out “repeatedly” on Tuesday and destroyed residential houses.

The regional media run by the Tigray authorities aired footage of the devastation caused by the alleged attack.

The BBC is unable to verify the events. All means of communication have been cut off in the region and journalists have been denied access to the region.

However the BBC has analysed satellite images showing a major military build-up around Shiraro, a border town the Tigray forces had reportedly lost a few weeks ago.

The satellite images taken this month show troops and heavy artilleries positioned along the border between Ethiopia and Eritrea.