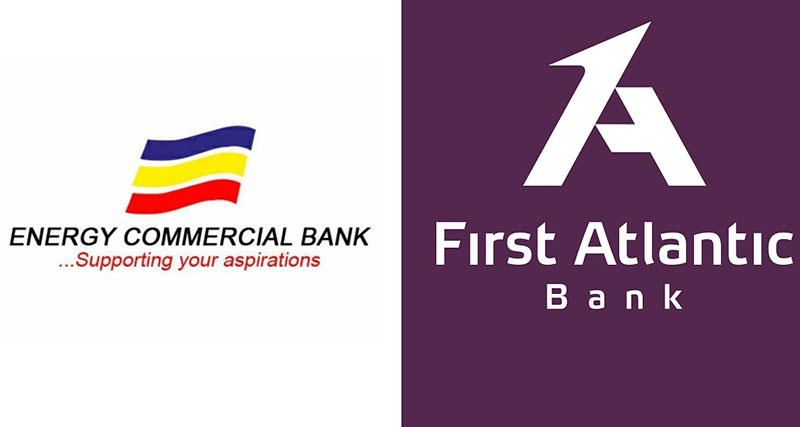 The Financial Reforms Group (FRG), a financial watchdog group monitoring the banking reforms project by the Bank of Ghana, has congratulated First Atlantic Bank and Energy Bank for a successful merger to meet the minimum capital requirement.

In a press statement FRG said, “the merger will bring reforms in the two entities to enhance their quality service delivery and establish stability in their sector to play a major role in the developmental agenda of the country.”

The two banks are entering into this merger after Energy Commercial Bank failed to raise the targeted amount of GH¢340 million to help meet the new minimum capital requirement of GH¢400 million.

This resulted in the two banks signing a MoU to merge their business to help them meet the new capital levels set by the Bank of Ghana (BoG).

On December 15, the Bank of Ghana (BoG) gave a “no objection” to the planned merger talks between the two banks.

FRG said Energy Bank merging with First Atlantic Bank points to the fact that banking is about creating satisfaction for its stakeholders, contributing to the growth of the national economy and impacting on the larger society by being a partner in the development process.

The Financial Reforms Group (FRG) is a financial WATCHDOG GROUP that is vigorously pursuing its dream of monitoring the banking reforms project by the Bank of Ghana in order to deliver outstanding business value to customers and Ghanaians, especially meeting international financial standards.

As financial monitors, we want to commend First Atlantic Bank and Energy Commercial Bank for implementing sustainable banking principles in the country over the years and deciding to merge under the on-going consolidation in the banking industry.

This means the discussions can begin having secured all the documents that give more information about the merger between the two banks.

The permission granted by the Central Bank for a green light for the two banks to merge is good news for Ghanaians and Customers of both banks, in order to meet the new minimum required capital to operate in the Country.

First Atlantic Bank has over 20years experience as a full scale commercial bank with several awards globally recognizing their excelling leadership in the country.

This merger has become necessary at a time that Ghana has introduced banking reforms to expand sustainable lending and continue to be part of emerging markets that are becoming a major force in driving development for the Globe.

First Atlantic Bank’s merger with Energy Bank is a good step and shows the seriousness and love that the two top financial Institutions attachés to their clients and customers.

Energy Bank Ghana Limited was incorporated in 2009 as a private limited liability company. It began full scale banking operations on February 22, 2011 after acquiring a class 1 universal banking license. With a mission that is conservatively growing arithmetically to affect the world in the hands of three people-customers, employees and shareholders-committed in equal opportunity for the development of Ghana’s economy, humanity and to the glory of God.

Energy Bank therefore merging with First Atlantic Bank points to the fact that banking is all about creating satisfaction for its stakeholders, contributing to the growth of the national economy and impacting on the larger society by being a partner in the development process.

The progress of the two banks is a step toward achieving the Sustainable Development Goals and needs to be commended by stakeholder in the industry.

It is our prayer that First Atlantic Bank and Energy Bank continue with the determination to sanitize the practice of banking and finance in Ghana over the years and instills discipline in the profession.

The merger we believe will bring reforms in the two entities to enhance their quality service delivery and establish stability in their sector to play a major role in the developmental agenda of the country.

Monitoring both First Atlantic Bank and the Energy Bank with respect to their social investment projects is motivating and very impressive.

The Financial Reforms Group (FRG) would want to congratulate them for their continuous care for deprived communities in the country, First Atlantic Bank’s recent donation of a fully equipped Mother and Baby Unit to the Talensi District Hospital in Tongo is a Life saver to that community and by extension Ghana.

The Financial Reforms Group (FRG) also calls on the two banks to use the merger as an opportunity to build a strong and global  bank out of Ghana with  honesty and sincerity.

They should always abide by the standards and Impressive professional ethics they have always maintained.

Finally, we wish to state that we wholeheartedly commend the process so far and are eager to see the birth of a new merged financial institution, which would take its rightful place among the leading banks in Ghana.