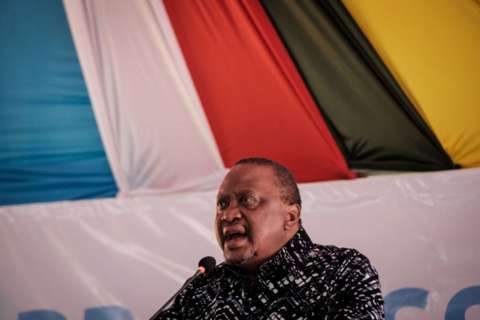 A week-long summit to try and restore peace in eastern Democratic Republic of Congo has officially ended with a number of agreements including fully funding a disarmament and stabilisation programme for former rebels, and the release of prisoners with no criminal records or convictions.

Mr Kenyatta said he was encouraged that all of the representatives of the rebel groups present said they were willing to lay down their arms.

He said the meeting set up a framework that would lead to peace after more than two decades of war in the DR Congo.

Mr Kenyatta said DR Congo President Felix Tshisekedi had agreed to form a committee to investigate claims of indiscriminate arrests that have occurred in the country’s eastern region.

A recommendation by armed groups that their leadership be involved in the disarmament and rehabilitation would be reviewed.

Work will also be done for communities living in mining areas and near national parks to see how they could benefit from the mines and conservation efforts.

Honouring the current ceasefire, as well as the release of child soldiers and granting access to humanitarian aid were agreed to.

Among those at the talks were over 50 armed groups, victims of atrocities taking place in eastern DR Congo, special interest groups and government officials.

The next round of peace talks will be held in January in Goma and Bunia in DR Congo.