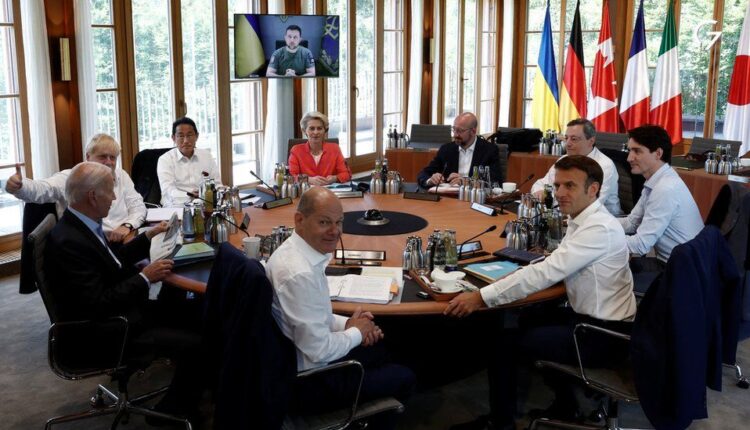 G7 pledges to stay with Ukraine until the end

Leaders of the world’s seven richest nations have promised to support Ukraine “for as long as it takes” on the second day of a summit in Germany.

In a statement, the G7 group also said that Russia must stop blocking food from leaving Ukraine’s ports.

G7 leaders are under pressure to be united in their approach against increasing Russian aggression.

“We will continue to provide financial, humanitarian, military and diplomatic support and stand with Ukraine for as long as it takes,” they said in a strongly worded statement on Monday.

“We remain appalled by and continue to condemn the brutal, unprovoked, unjustifiable and illegal war of aggression against Ukraine by Russia and aided by Belarus.”

The G7 leaders – Canada, France, Germany, Italy, Japan, the UK and the US – have been joined in Bavaria, Germany by two representatives from the European Union.

The high-level talks were held as Russian forces escalated their attacks on Ukraine, where officials said a busy shopping centre was struck by a missile in the central city of Kremenchuk, killing at least ten people according to the local governor.