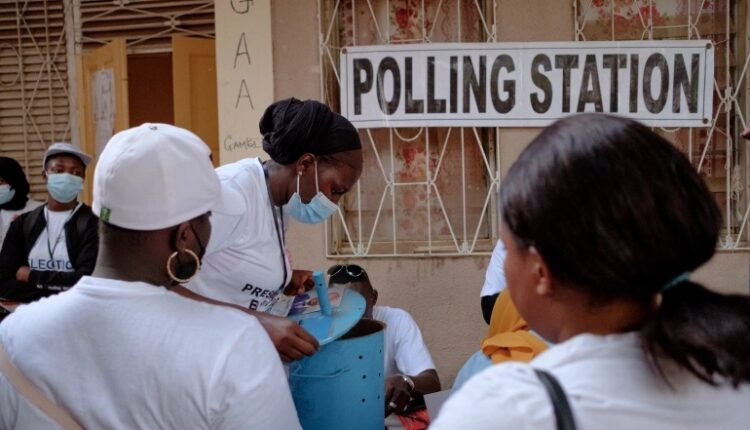 Gambians have cast their ballots to elect their next president, in a highly anticipated vote seen as a test of the country’s democratic transition.

President Adama Barrow faces a record five other candidates as he seeks re-election in what is expected to be a close race. Political veteran Ousainou Darboe is seen as the main opposition candidate.

Saturday’s vote is the first since longtime ruler Yahya Jammeh was forced into exile in January 2017 after Barrow, relatively unknown at the time, defeated him at the ballot box. His departure to Equatorial Guinea ended a 22-year rule marked by a litany of alleged crimes, abuses and financial plunder.

As voting began at 08:00 GMT, people had already formed long queues outside polling stations. Polls were closed at 17:00 GMT, and initial results in the one-round election could be announced as early as Sunday.

“Hundreds of people queued up and waited for the polls to open,” said Al Jazeera’s Ahmed Idris, reporting from a voting centre in the capital, Banjul, noting that the “massive turnout” was “no surprise”.

“This is the first election in many years where a voter can go and cast their ballot without having to worry about being observed, intimidated or arrested after voting,” he added.

The Gambia, a sliver of land about 480km (300 miles) long with a coastline of about 60km (37 miles) on the Atlantic Ocean, is surrounded by Senegal. It is home to more than two million people, about half of whom live on less than $1.90 per day.

Many voters are hoping for an improvement in their living standards after the tourism-dependent economy was dealt a severe blow by the COVID-19 pandemic.

“People are now enjoying greater freedom. People have seen the value of elections as a means to peace. Gambians are peace-loving and they see elections as a peaceful means to elect their leaders,” Sait Matty Jaw, a lecturer at University of The Gambia, told Al Jazeera.

“The campaigns have been very peaceful. People are not scared to show where they belong,” Jaw added.

Nearly one million people out of a 2.5 million population are registered to vote, a number that is higher than the 2016 election, according to Mamadou A Barry, a returning officer at the Independent Electoral Commission (IEC).

Each presidential candidate has their own ballot box at Gambian polls, and voters choose their preferred politician by dropping a marble inside one of the boxes.

Barry said Gambians understood the process of using glass marbles to vote. The unusual voting method was introduced in the 1960s to avoid spoilt ballots in a nation with a high illiteracy rate.

“Each voter gets a marble,” he said. “I think it is transparent and fair.”

While Jammeh will not have his own ballot box this time, questions over his continuing role in politics – and his possible return from exile – have been central themes in the run-up to the election.

The 56-year-old, who had seized power in a 1994 coup, has retained significant political support in The Gambia and has sought to influence the vote.

In a string of speeches by telephone, Jammeh has urged crowds of rapt listeners not to vote for Barrow but back a coalition run by opposition candidate Mama Kandeh, who came third in 2016.

Another political camp, however, has been pushing for criminal charges against Jammeh for alleged abuses committed under his rule.

Barrow, who ran on a continuity ticket pointing to infrastructure projects completed under his watch, as well as increased civil liberties, set up a truth commission to probe the alleged abuses after coming to office.

The panel heard testimony from hundreds of witnesses about state-sanctioned death squads, “witch hunts” and forcing bogus cures on AIDS patients, among other abuses.

In November, the commission recommended the government pursue criminal charges, in a final report that it handed to Barrow without releasing it to the public.

The names of the officials against whom charges were recommended were also not released.

Criminal charges are politically sensitive given Jammeh’s following, however.

There are also growing concerns about Barrow’s enthusiasm for prosecutions, despite previous rhetoric that was tough on Jammeh.

In September, Barrow’s NPP party announced a pact with Jammeh’s old party, the Alliance for Patriotic Reorientation and Construction, in a controversial move that was viewed as an electoral ploy.

Jammeh said that decision was taken without his knowledge, and his supporters have formed a rival party. But rights groups fear the pact will diminish the chances of a trial.