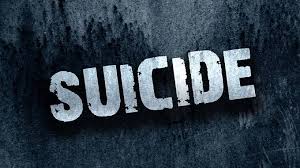 A staff of the Nsawam Branch of the GCB Bank Limited identified as Agnes Asempana, has committed suicide by hanging  herself.

The partially naked body of the 42-year-old was found dangling in a room with a nylon rope fastened to her neck at Ayekotse, a suburb of the Suhum Municipality in the Eastern Region.

Sources revealed that the deceased last Friday July 5, 2019, went to her two-bedroom apartment to pick some items only to commit suicide.

It was her younger brother, one Bajerisong Lazarus, who found her in that state at about 4pm when he went to visit her.

The body has since been deposited at the Suhum Government Hospital mortuary pending an autopsy, while the Police have commenced investigations into the incidents.

Colleagues are however shocked as to what could have triggered the deceased to take her own life in such a barbaric manner.

Close sources are pointing to the fact that it could be linked to a disappointment in relationship or job related challenges which she has concealed.