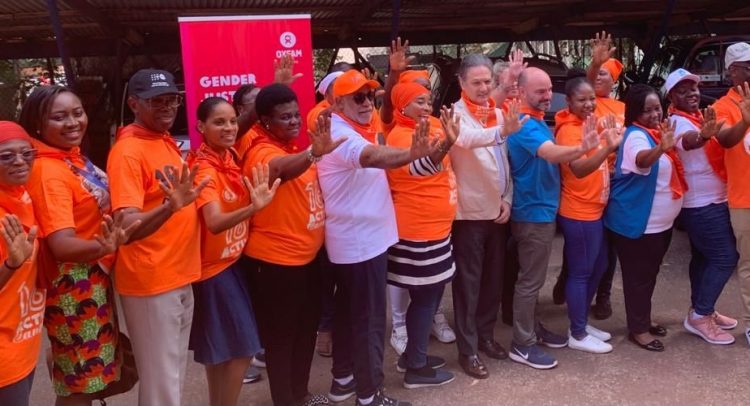 The Ministry of Gender, Children and Social Protection and development partners have begun the 16 days campaign against gender-based violence with a walk through the principal streets of Accra.

The exercise, which coincided with the commemoration of the International Day for the Elimination of Violence Against Women which falls on November 25, sensitised the public on the need to prevent the criminal act which is mostly perpetrated against women.

The 16 Days of Activism is a global campaign that seeks to continuously increase awareness around these issues and mobilise support from the general public to end them.

She indicated that acts of sexual and gender-based violence are some of the most common happenings that are criminal and yet are trivialised in our societies due to cultural norms, beliefs, and practices.

She indicated that the acts continue to put women and girls at a disadvantage in terms of their health, education, and general well-being and development.

“Data from the 2016 Domestic Violence Survey in Ghana shows that approximately 27.7% of Ghanaian women had experienced at least one form of domestic violence being either physical, economic, psychological, social, or sexual violence in their lifetime, while approximately 38.2% of adolescent girls aged 15-19 reported having experienced at least one act of sexual violence according to the Multiple Indicator Cluster Survey (2017/2018),” she said.

Ms. Zuweira said to continue to increase awareness, and fight the course of the vulnerable, especially women and girls who daily experience abuses of various types, the Ministry is reviewing the Domestic Violence Act,732(2007) and its Legislative Instrument, the National Domestic Violence Policy, the Operational Plan on Ending Child Marriage and the National Gender Policy.

“We are also working relentlessly on the Affirmative Action Bill to get it passed. These efforts are geared towards improving our response to issues of gender and gender-based violence and the empowerment of women and girls in all spheres of their lives in this country,” she said.

The Deputy Minister also noted that over 80 market executives are to serve as Paralegals in eight market centers in Greater Accra, Western, and Bono East Regions to assist in these issues which are intended to be replicated in all regions.

Representative of development partners reiterated their commitment to support the country to end all forms of gender-based violence.