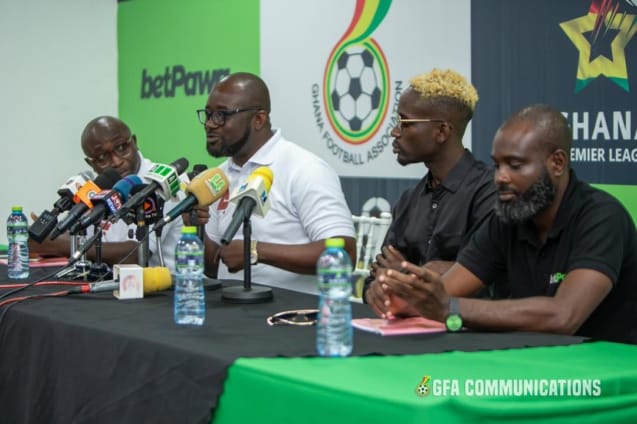 The Ghana Football Association (GFA) has announced betPawa as the new headline sponsor for the Ghana Premier League (GPL) ahead of the upcoming season.

The GFA and the online sports betting and gaming franchise, owned by international music superstar and business mogul, Mr Eazi, agreed on a three-year sponsorship deal which will see an amount of $6 million invested into the top flight league over the agreed period.

This was made known at the signing and unveiling ceremony held at the headquarters of the GFA in Accra Wednesday morning.

The Ghana Premier League last had a headline sponsor in 2018, when Zylofon Cash agreed to a $10 million deal.

However, the five-year agreement was abruptly terminated, and the league has been without a title sponsor for the last three seasons.

The sponsorship deal will augment the media rights money clubs get from the GFA’s agreement with pay-tv service provider StarTimes.

Betting companies have recently become interested in Ghana football, with Betway also investing in the women’s league. They have also worked with the Ghana League Clubs Association (GHALCA) to organise seminars for Division One League clubs and women’s football administrators.