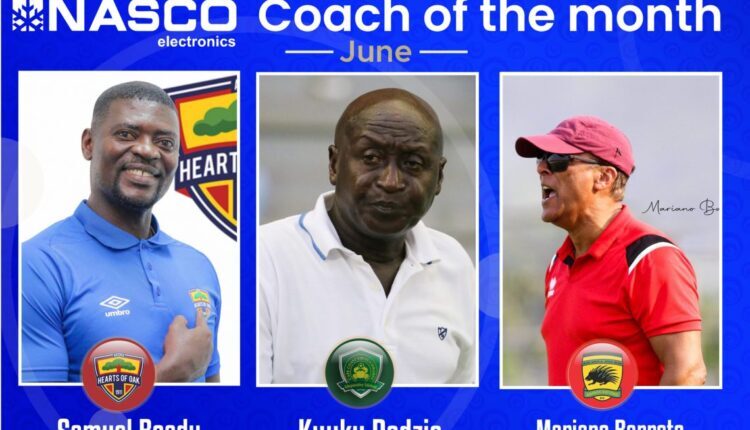 The West Africa Football Academy (WAFA) midfielder Augustine Boakye has been named the 2020/21 Ghana Premier League (GPL) Player of the Month for June.

Boakye was impressive for the Academy Boys in the month under review and won two Man of the Match awards. 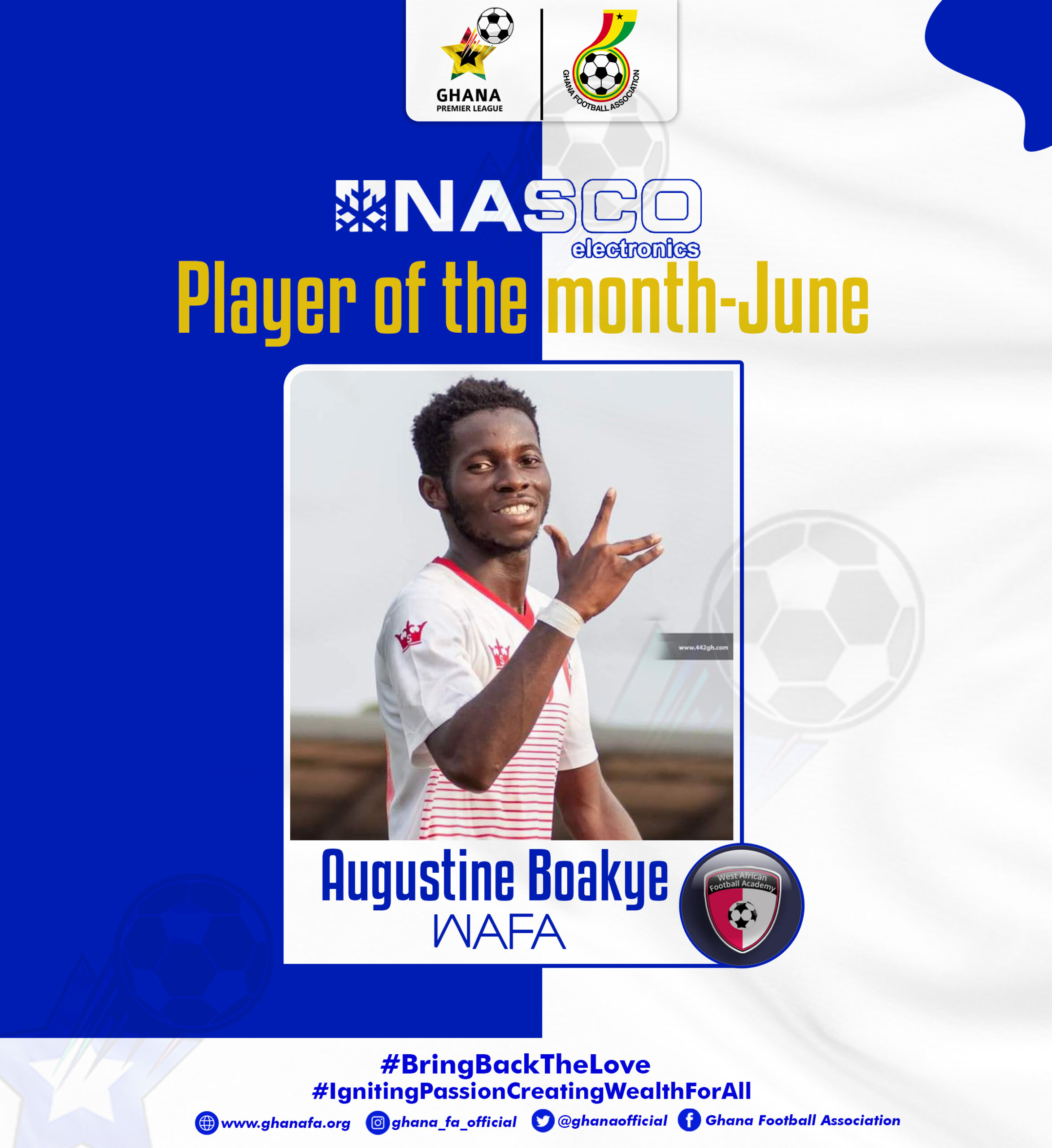 The youngster was also on target for the Sogakope-based team in two home matches played against Dreams and Aduana Stars at the WAFA Park.

He featured in the club’s matches in the month of June that propel them to a top-four finish in the just ended league.

Head coach of Hearts of Oak, Samuel Boadu, has been declared the winner for the NASCO Coach of the Month award for June. 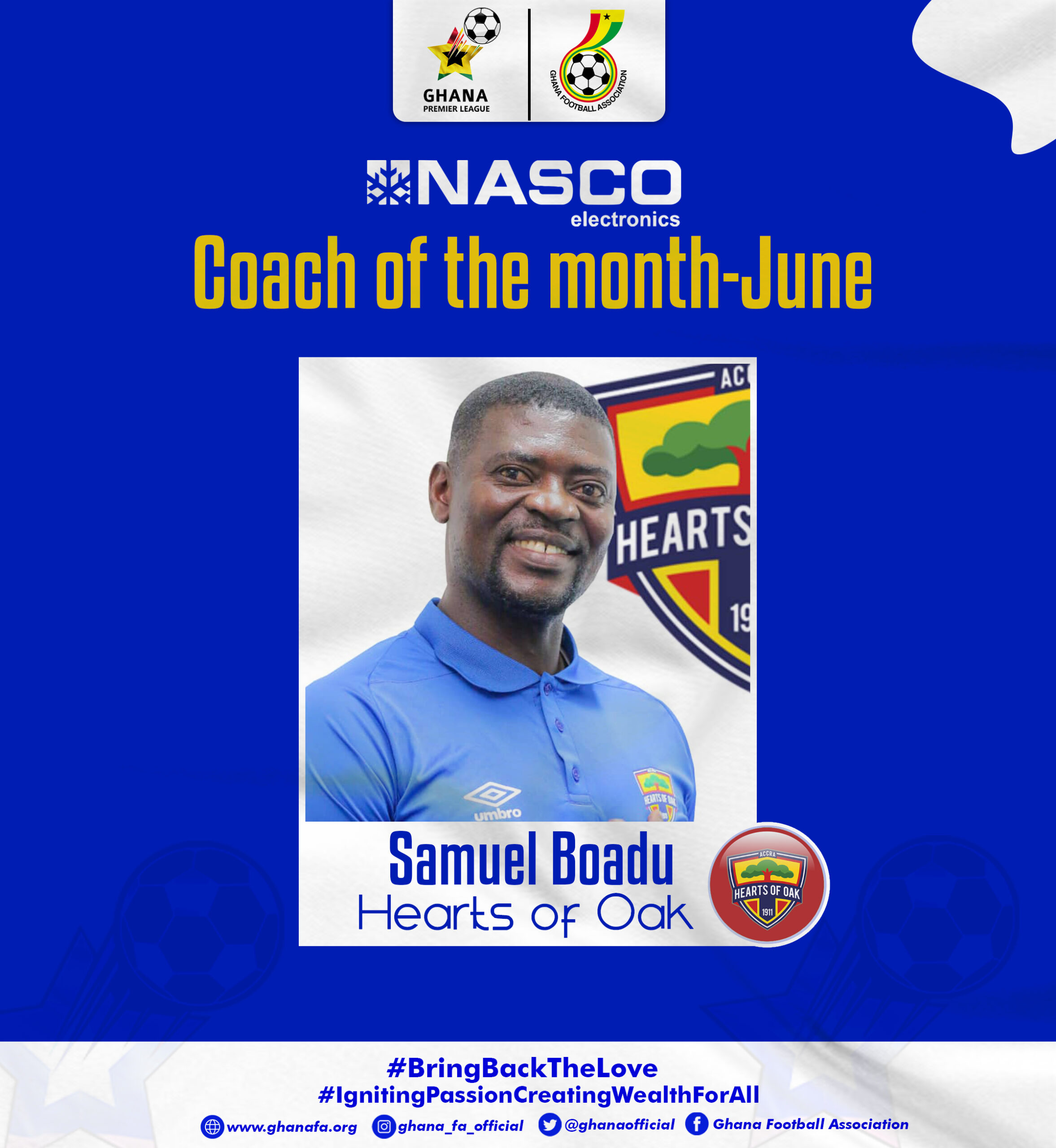 Coach Boadu won the award for the second consecutive month after masterminding Hearts of Oak’s three wins and one draw recorded last month.

He beat off competition from Asante Kotoko’s Mariano Baretto and Ebusua Dwarfs’ James Kuuku Dadzie who both won three matches with one defeat each in June.