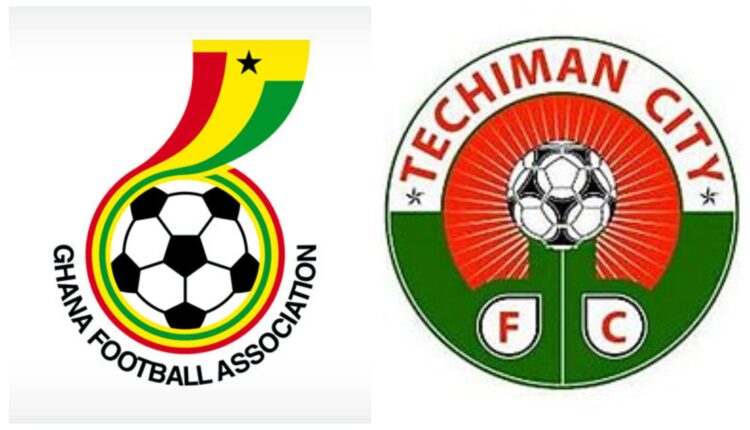 The Executive Council of the Ghana Football Association (GFA) in the exercise of its powers under Article 39(n) of the GFA Statutes 2019 has suspended Techiman City Football Club provisionally until the next Congress of the GFA for violating the Statutes of the Association.

Techiman City Football Club on Friday, August 28, 2020, issued a Writ against the GFA and filed an Ex-parte Motion against the GFA to place an interlocutory injunction on the recently held 26th Ordinary Congress of the Ghana Football Association.

Following this decision of the Executive Council, Techiman City Football Club is suspended from all GFA activities including the upcoming 2020/2021 football season until the next GFA Congress decides the fate of the club as prescribed under Article 17 and 18 of the GFA Statutes.

Article 17(3) of the GFA Statutes states that “a suspended Member shall lose its membership rights. Other Members may not entertain sporting contact with a suspended Member. The Disciplinary Committee may impose further sanctions”

Consequently, Techiman City FC is provisionally suspended from the Ghana Football Association until the next GFA Congress, where the delegates will be presented with the matter on the agenda for Congress to decide on the issue in accordance with the Statutes of the Association.