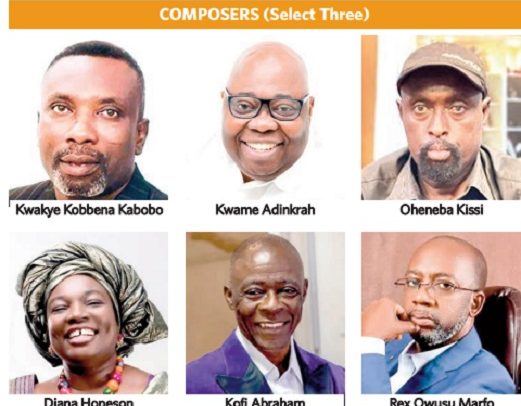 Ghana Music Rights Organisation (GHAMRO), a collective society for music rights owners, has announced that the elections of GHAMRO board members will take place on Tuesday, December 7.

The elections, which will be supervised by the Electoral Commission (EC), would be conducted nationwide to make it relatively easy for all members to vote for their preferred nominees.

Members of GHAMRO are expected to cast their votes at the various voting centres to elect new board members for the music rights body.

The 15 aspirants to represent the board members and directors of GHAMRO are made up of music publishers, producers and composers.

GHAMRO gave the assurance that all necessary arrangements have been concluded for successful elections.