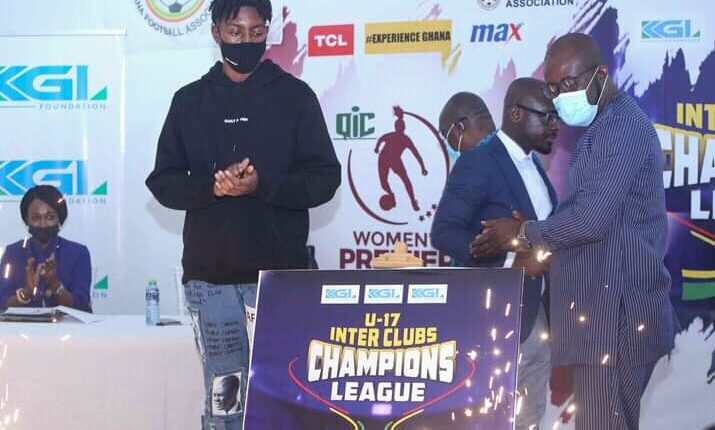 The Ghana Football Association (GFA) has introduced a new competition to revive Juvenile football in the country.

The tournament dubbed the KGL U-17 Inter-Club Champions League was launched at the FA Secretariat last Thursday.

The competition will have 12 colts football clubs selected across the country competing for the ultimate.

It will comprise 12 teams from the ten football regions. The Ashanti and the Greater Accra Region will present two clubs whiles the other eight will have one representative each.

The Vice-Chairman of the U-17 Inter-Clubs Champions League, Kudjoe Fiano commended the GFA President for his efforts in reviving Juvenile football.

“This is the first time we have seen an FA President having an interest in Juvenile football rather than deciding to head the Black Stars.

“We as a team cannot let the GFA and Ghanaians down. I want to assure them that they are going to derive maximum benefit from this.

KGL Foundation’s Chief Executive Officer, Elliot Adade, said the Foundation is dedicated to the empowerment of the youth through education and sports, among others.

The KGL Juvenile U-17 Champions League has been scheduled to commence on December 6, 2021.