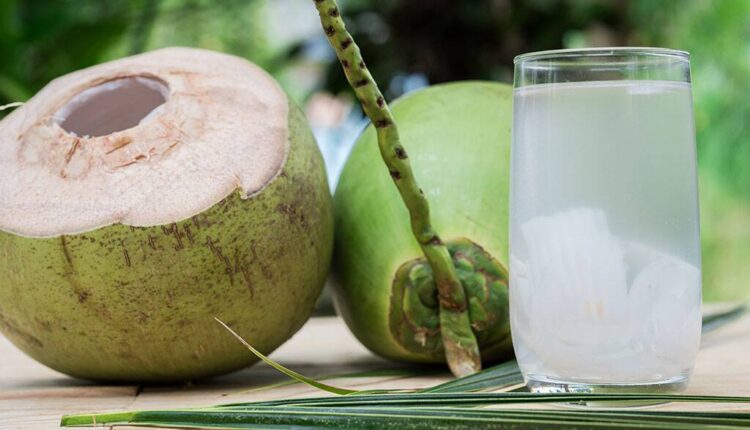 Dr Michael Oquaye Jnr, the Chief Executive Officer (CEO) of the Ghana Free Zones Authority (GFZA), has called for research into the development of coconut products for value addition and maximum earnings for the country.

He said Ghana could increase its global share of the coconut industry through research into the commodity as a source of food, fuel and medicine.

The former High Commissioner of Ghana to India, Dr Oquaye Jnr, said: “I will encourage all the organisations in the sector to do more research and development that can be commercialised and used locally and for export.”

Speaking at the second edition of the International Coconut Festival Ghana, which was organised by the Ghana Export Promotion Authority (GEPA) and the African Coconut Group, he indicated that the GFZA was committed to the coconut sector.

“GFZA focuses on export led industrialisation and we wish to assure all businesses willing to export more than 70 per cent of their products to come to Freezones for the monetary and non-monetary incentives,” he said.

Mr Sampson Abankwah, Head of the Greater Accra Regional Ministry Office for Trade and Industry, speaking on behalf of the sector Minister, Mr Alan Kwadwo Kyerematen, said the Ministry was committed to growing the sector through industrialisation.

An agenda of industrialisation within the sector, he said was geared towards reducing unemployment, improving balance of trade, and creating a self-reliant notion amid disruption of global supply chain due to COVID-19 pandemic and the Russia-Ukraine war.

“It is, therefore, the hope of the Ministry that we continue to strengthen existing institutional synergies and use every available opportunity to promote coconut production,” he said.

He also called for networking among players to create the needed exposure for SMEs in the industry to thrive.

Mr Samuel Dentu, Deputy Director in Charge of Operations and Finance at the Ghana Export Promotion Authority (GEPA), said the Authority in 2017 launched the Coconut revitalisation programme to revamp the then ailing Coconut industry and to improve the supply capacity of the value chain.

The intervention, which he noted was in line with the mandate to develop,
facilitate and promote Ghana’s export through product and market diversification, had yielded positive results as the 2021 Non-Traditional Export (NTE) performance showed that Coconut raked in $11.44 million with coconut oil generating $7 million in export revenue.

“These represented an increase of 132 per cent and 133 per cent respectively over the 2020 figures,” he said.

GEPA, he said was working in line with the National Export Development Strategy (NEDS) to ensure that the country could earn about $2.8 billion from semi-processed to processed coconut annually by 2030.

The festival seeks to facilitate market links within the coconut value chain, boost local trade among players in tourism, hospitality and art and creative industries and create direct and indirect jobs for economic empowerment.