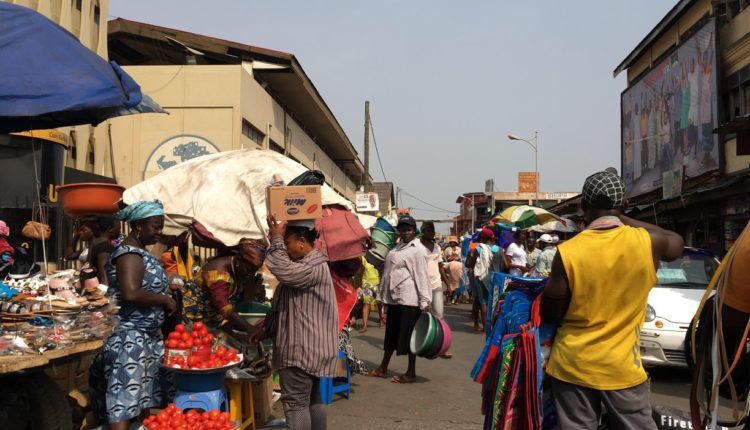 Midway through the last quarter of 2019, investors looking at Ghana saw a slowing economy, creeping inflation and a currency that had declined against the dollar for 25 straight years. Barely six weeks into the new year, the picture has changed.

The cedi is the best-performing currency in the world in 2020, investors fell over their feet to buy into the nation’s $3 billion Eurobond issue, and foreigners are piling into the country’s local-currency debt.

Investors who worried last year about spending ahead of an election scheduled for December are now lauding the government for fiscal prudence and financial reforms.

“We have been too cautious about Ghana,” said SocGen strategists Jason Daw and Phoenix Kalen, who recommend buying the country’s cedi bonds. “It has been the best-performing major market in Africa in the past two months, attributable to greater fiscal discipline, commitment to reforms, and improved currency management.” 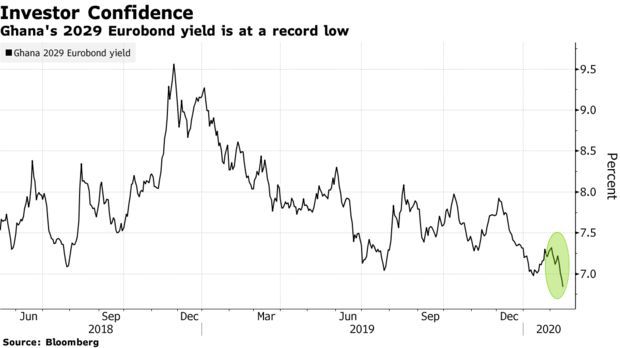 Investors demonstrated that vote of confidence when they placed orders for almost five times the amount on offer at Ghana’s Eurobond sale two weeks ago, pushing the yield down well below the initial price target.

And at the first local-currency bond sale of the year on January 16, foreign investors bought more than 80% of the 1.4 billion cedis ($258.3 million) of securities, compared with average holdings of 37% over the past two years.

Reforms started by the West African nation three years ago are now paying off. They include outlawing large deficits and an aggressive banking-sector overhaul that cut the number of lenders by a third to 23, lowering liquidity and credit risks.

The central bank has been effective in lowering inflation, which has been in single digits for two years even after an uptick in November. The regulator also started foreign-exchange forwards auctions in October to support the cedi.

It shows the performance of Ghana’s assets. Yields on existing Eurobonds have dropped to record lows, and the cedi has gained 6.6% since the beginning of January, well ahead of the 2.4% advance for the second-best currency, the Egyptian pound. That’s wiped out more than half of last year’s 13% slump. 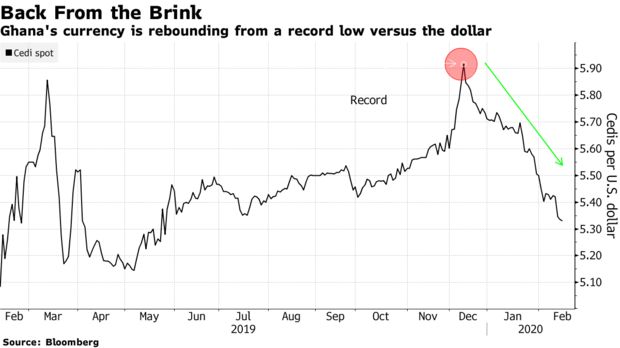 “Investors seem confident that the central bank is on top of its game,” Anthony Asare, head of treasury at GCB Bank Ltd., said by phone. “When it comes to the budget they sort of believe it’ll be consistent with fiscal restraint, even though it is an election year.”

Ghana cut its budget deficit to 3.8% of gross domestic product in 2018, from 8.7% in 2016, after President Nana Akufo-Addo’s government passed legislation to cap the shortfall at 5% of GDP.

Last year’s deficit was in line with a target of 4.5%, even after the country exited a four-year International Monetary Fund program in April. Although growth slowed in the third quarter, it is forecast to remain strong this year at 6.8%, from an average of 7% in the last three years.

Moody’s Investors Service showed faith in the sustainability of the reforms, when it changed Ghana’s outlook to positive, from stable last month, and affirmed the country’s long-term credit rating, currently at B3, or six steps below investment grade.

“Reforms are beginning to bear fruit,” Moody’s said. Though “pressures remain, the positive outlook reflects increasing confidence that the government will manage those pressures in such a way to enhance stability,” the company said.

Although most commodity prices are under pressure due to the spread of the coronavirus and its effect on trade and business, Ghana’s gold and oil production will continue to support its external strength, according to the SocGen strategists.

“The economy is likely to perform well due to increasing oil and gold production, a revival in private-sector credit growth, and improving business confidence,” Daw and Kalen said. “The current account deficit may shrink modestly in 2020, aided by stronger exports.”